SILMO has been extending its circle of influence since 2014 with the SILMO Family concept, coordinating local events that address market specificities: SILMO Istanbul for the Middle East, Central Asia, Eastern Europe and North Africa; SILMO Bangkok for the ASEAN zone; and SILMO Sydney for the Oceania zone. The Silmo team now is delighted to announce the arrival of the Copenhagen Specs events in the SILMO Family.

As the saying goes, “If it isn’t broken, don’t fix it”… SILMO Paris 2019 is currently being prepared behind the scenes, including all the elements that constitute the attractiveness of this great international optical event to be held in autumn in Paris. The 53rd edition of the trade fair is planned for September 27th to 30th in favourable conditions thanks to dynamic marketing and encouraging perspectives. Already, still 7 months from the opening of SILMO Paris, 80% of its objectives have been reached.

With a thousand exhibitors expected, covering all the fields of the optics and eyewear industry, SILMO PARIS is also an event dedicated to future innovations, talent promotion, professional discussions, training and information, with its four proactive and interactive “pillars”: SILMO Next, SILMO M@tch, SILMO d’Or and SILMO Academy.

The communication baseline has been expressing this extensiveness since 2018: “SILMO Paris, Tellement plus qu’un salon” (“SILMO Paris, so much more than a trade fair”). A winning promise completed this year by a manifesto that sets the tone and describes everything that makes this trade fair so unique: a radical, original advertising choice in the world of trade fairs.

The ambition of SILMO has always been to be more than just a professional trade fair.

The Vintage Collection by Scott Harris 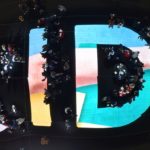