The 2nd day of MIDO, was a Sunday spent in the world of eyewear, rubbing shoulders with public officials and celebrities, including Fabrizio Corona, Valeria Marina and Cecilia Rodriguez; awards bestowed on the most alluring eyewear stores in the world; and some intriguing surveys that measured market trends and consumer habits around the globe.

The Ministry’s #2 met with MIDO and ANFAO President Giovanni Vitaloni at what has become one of the most eagerly anticipated events: the Bestore awards honoring the most magnificent optical stores in the world. The winning stores are located in Buenos Aires and London.

The award to Kite based in Redchurch Street in London was based on the superb quality experience customers enjoy in this shop where they receive a one-on-one style consultation with an eyewear expert in their own booth, state-of-the-art eye exams and sip an exclusive Bompas & Parr coffee or drink at the Eyebar.

Research was also center stage at the show today with the presentation of key findings about the eyewear market, consumers, trends, and designs. For MIDO, global trend analyst and forecaster WGSN studied the evolution of styles and trends in eyewear delivered in the “Accessories and Eyewear Forecast” presentation. Two classic MIDO surveys were also presented: the OMO-Optical Monitor, essential to understanding consumer behavior in the four global macro-markets, and MIDO Outlook, barometer of the eyewear market. GFK unveiled the need-to-know findings of the 9th Optical Monitor survey.

The study examined eyewear purchase patterns and trends of nearly 5,000 consumers in China, Russia, the US and Japan. Regarding purchase channels, data indicate that the lion’s share of shopping is still done offline; but, the popularity of online purchasing is growing across all continents and, above all, in Japan, where its growth is double-digit. Quality is the main driver for choice. Brand now plays a secondary role. Only in China, where consumers consider eyewear products true status symbols, is it still a key driver. In terms of market segmentation, the main consumer clusters claiming 55% of revenue streams are Sunglass Lovers, successful people keenly aware of their image; and the Young Fashion Hunters, young people who choose to allocate their (albeit limited) budget to new trends. Interestingly enough, these clusters are found not only in the four macro markets studied but also in the five top European markets – Germany, France, the UK, Spain and Italy, as pointed out in the last edition of the Optical Monitor – an unexpected finding, given the cultural and sociological differences between the Old Continent and the countries analyzed.

The 3rd edition of MIDO Outlook took stock of the current global eyewear market and future expectations. The 1320+ businesses surveyed in 98 countries by GRS viewed the current market as stable. On the brighter side, more than half the respondents (53%) expressed confidence in the future, especially in America and Oceania. As to concerns, the interviewees all viewed fiscal, bureaucratic, and regulatory issues, as well as retail prices and cost of labor, as the trickiest challenges they’re facing. Exports remain a key factor for companies; 40% of them generate more than half of their income abroad (with Western Europe and America the top consumers). The United States is the foreign country with the most networks around the world, while China is considered the one with the greatest future potential. In-depth analysis of the market reveals that opticians remain the favored channel for connecting with clients, although future investments will increasingly focus on e-commerce. Still speaking of distribution, private labels have cornered 35% of the market and are generally considered an attractive bet for the future. The area with the greatest expected market growth is IT systems for the eyewear world. Finally, with a view to staying abreast of the times, companies still consider trade shows the most effective tool for boosting their business (76%), followed by Internet websites (66%) and social networks (55%). 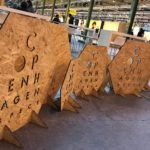 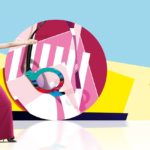 Mido – The future of eyewear