In 1919 Sidney and Percy Kirk converted a dilapidated sewing machine into a lens cutter. Thus began a century of the Kirk family influencing optics around the globe and in 2019 Jason and Karen Kirk carry the mantle of one hundred years of Kirks in optics.

“This is an amazing moment, having seen everything that my Grandfather achieved and grown up in my parent’s practice, Karen and I are very proud to learn from the past to drive the future,” said Jason Kirk. “This is about looking forward as, like the previous generations, we try to contribute to the next century of optics.”

Jason and Karen will be taking part in their 25th Silmo this year and continue to innovate through their exciting approach to materials, shape and colour.

The new Centena Collection celebrates our one hundred year history but is directed firmly towards the future, highlighting the unique qualities of the Kirk & Kirk special grade of Italian acrylic. This noble material weighs very little compared to acetate, so Centena will be hand-crafted in chunky 10mm acrylic but, despite the substantial look, the frames weigh next to nothing and are delightfully comfortable to wear. There are ten shapes and ten vivid colours.

The hand-crafted eyewear will be made in France, from start to finish. A palette of ten vibrant colours sits beautifully alongside the Kaleidoscope and Spectrum collections.
>From Crimson to Corn, from Iris to Tiger, these are delicious hues designed to make the wearer feel amazing.

” It is easy to over-look how innovative Kirk Brothers were as a company,” said Karen Kirk. “Things that seem normal to us today were visionary in the 1920s. Kirk Brothers were the first to deliver glasses to opticians by motorbike courier to offer a better, faster service, for example.

“Some of the values that they held would be very welcome today,” Jason adds. “They helped other optical people set up what we would now consider to be competitive factories in London because they wanted the UK to be seen as a centre for optical excellence……and it was. They espoused a generosity that is sadly lacking in most businesses today. A good example was the illustrations and advertising material that they created for opticians to use to promote their goods. Percy Kirk led the dedicated marketing department, in itself another first in optics.”

The Kirk Brothers travelled the world opening factories in the US and South Africa, even visiting South America regularly to source the finest quartz to create glass lenses from the beaches of Brazil. They invented and innovated with their bulletproof Motex glass, originally created for pilots, used by Sir Malcolm Campbell in his world land speed record attempts.

They passed on a love of optics to their kids and a whole new generation of Kirks went into the profession, some as opticians and others developing optical machinery, particularly in the USA, under the brand name Percy Kirk.

Sidney’s son, Neville was in practice with his wife Esme and it looked like that was going to be the end of the family interest in optics. Then one day, quite unexpectedly, their son Jason stumbled across a box of frames that Sidney and Percy had created in the 1950s and 60s. Inspired by this beautiful discovery, Jason and partner Karen, herself a designer, dropped their respective careers and dedicated themselves to eyewear. Today Kirk & Kirk sells in the finest independent optical boutiques around the world and produce the sort of eyewear which, we hope, would have made Sidney and Percy proud.

So that all adds up to a Kirk family history of 100 years in optics and, with a new generation already contributing to Kirk & Kirk, who knows what the future holds?

Face a Face – Synaesthesia: the soul of the creator 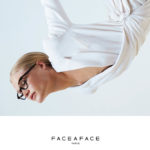 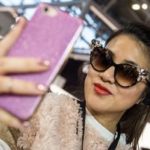