neubau eyewear is expanding its range of spectacles by two new entries in the high end segment by a pair of frames named Adam & Eva. This marks the first time that prescription models have been fitted with a new style of hinge that subtly integrates the neubau logo.  With its new models Adam and Eva, neubau eyewear will lead you into the Garden of Eden of the prescription spectacle world. These new opticals for all genders compliment each other through their differences in shape while forming a symbiosis via the sustainable natural PX material from which they are made. In juicy red and tender green, Eva alludes to the leaves and the fruit of the Tree of Knowledge while at the same time picking up on the trend colors of 2018.

As an additional premiere, the neubau frames now feature the new neubau hinges with integrated logo. Clever details include that ‘Wow!’ moment as the applied neubau lettering reveals itself once the handles are folded.

Adam makes his entrance as part of a new generation of shapes called ‘Squanto’, a strong, slightly angular spectacle frame with more than a hint of Panto. There’s an element of surprise about Adam’s ‘Squanto’ shape, a darkly toned frame with a fairly angular outline in a 1920s Panto style.

neubau eyewear adheres to its company credo SEE & DO GOOD. For the company this means treating the environment and the world around us with care and respect, even in the city. This manifests itself both in the environmentally friendly production of the frames and support for forward-looking urban projects.

Since its launch in June 2016 the neubau eyewear brand has combined the fresh spirit of young creative minds with long-standing expertise. Its ancestry lies in the successful Austrian manufacturer Silhouette International, allowing the company to make use of decades of knowhow on the part of the mother company. In this way, the highest demands in quality are combined with dynamic progress in technology and design. 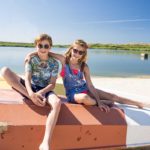 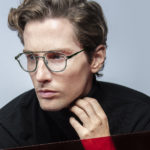