1970’S was an amazing decade for eyewear. It was all about freedom and design without limits. The Butterfly, first produced in 1970, was taken from a time when eyewear and design became fluid and free and not at all constrained by the rules of what glasses should be. The time was big and colourful, peaceful in the social sense and loud in the musical one. The Butterfly sunglass is symbolic of this time and was interpreted by a few different companies at the time, Oliver Goldsmith Sunglasses being one of them. It demonstrates how form can be anything and functionality can still prevail.

Think 20th Century icons. Grace Kelly. Peter Sellers. Michael Caine in his signature black spectacles. Audrey Hepburn in the big white glasses that framed her elfin face. Iconic style makers – Givenchy, Dior and Vidal Sassoon. Think cult films of the fifties and sixties – The Ipcress File and Harry Palmer, Charade and Two for the Road. They’ve all got one thing in common. Oliver Goldsmith. In the second half of last century, when it came to eyewear, Oliver Goldsmith was synonymous with stars and style. 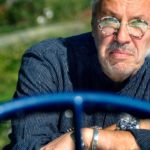 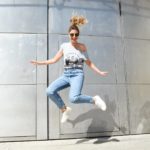