Having teamed up with Huawei last year to bring technology-driven glasses, the Seoul-based eyewear label Gentle Monster continues with its futuristic theme for its newest campaign, “UNOPENED: THE PROBE.”

The “UNOPENED: THE PROBE” campaign itself exhibits Gentle Monster’s idea of an alternate universe. Using “THE PROBE” to embody its ethos of merging technology and aesthetics, it sets itself apart from what we know as the norm.

The 2021 New Collection campaign ‘UNOPENED: THE PROBE’ expresses Gentle Monster’s unique imagination of an unknown realm that has not yet been opened.

THE PROBE is an assemblage of Gentle Monster’s technology and aesthetic that was created to represent the unknown realm. This campaign will introduce to us newness that sets itself apart from this already familiar world. Encompassing 26 brand-new glasses, the collection comprises of several styles to appeal to every taste. Given “human” names, the frames range from clear lenses to sunglasses and come in vintage cats eye looks, exaggerated rectangular acetate frame, sleek metal accents plus many more.

Not one to shy away from extravagance, like its latest flagship store in Santa Clara equipped with its own robots and machinery, “THE PROBE” featured in the campaign will also be revealed offline soon.

Find out more about this cool eyewear brand on their website. 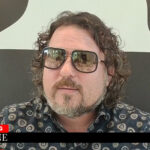 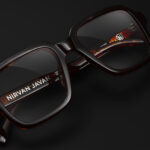