Located in Kinsau, Bavaria, FUNK is one of the last real spectacle-frame-making manufactories in Germany today. There, spectacles are made according to traditional craftsmanship as well as with highest quality standards and sustainable conditions. Dieter Funk and his wife Sashee Schuster use e.g. recycled acetate or vintage acetate and even natural materials for their collections.

It all began almost 30 years ago. Colourful glasses and wicked frames formed the founding stone of FUNKsunglasses in 1992. With their specs, Sashee and Dieter hit smack dab in the heart of the zeitgeist and of the Techno scene in early 90s Berlin. This wealth of experience is a wonderful source of inspiration for the two designers when it comes to their three brands DIETER FUNK, SASHEE SCHUSTER and FUNK FOOD.

Over the years, one thing has definitely not changed: Then as now, Sashee and Dieter put their highest priority on quality, sustainability and transparency. The create honest spectacles that are available in the FUNK Optikstores in Kinsau, Munich, Berlin and Vienna as well as at numerous specialist opticians

To the frame-making manufactory FUNK, sustainability is of extremely high importance, and the passionate frame-makers really want to raise the opticians’ and end customers’ awareness for them, as well as to do justice to the demands for a better world.

The one fact alone that FUNK produces the collections “Dieter Funk” and “Sashee Schuster” in their own manufactory workshop in Kinsau, Bavaria, from where they are shipped directly to FUNK’s own optic stores as well as to opticians, makes the company something special. The distance between producer and brand is exactly one flight of stairs – this way, a lot of transport and logistics are being avoided!

Dieter Funk is a passionate collector of machines. This does not mean that in the workshop old equipment is constantly exchanged for new devices – quite in the contrary: most of the machines are even second hand and rebuilt, adapted and basically renewed by Dieter Funk according to the needs of frame-making.

The inclined critic might add that many more resources are needed for manufacturing spectacle frames, e.g. a large amount of electric power – and especially old machines will eat up even more of it. For this, FUNK has the perfect answer all ready: solar energy. Thus, the frame-makers cannot only state that they produce so much solar energy that they are self-sufficient, but even so much energy that they can provide it to the general power net. And this despite Bavarian winter weather, when the sun is rather shy. Speaking of winter weather: of course, the workshop needs heating too. This is done by district heating – although “district” in this case means “50 metres to the neighbour’s wood-chip burning facility”. Furthermore, this facility is of the latest generation and runs with wood out of the neighbour’s own forest. 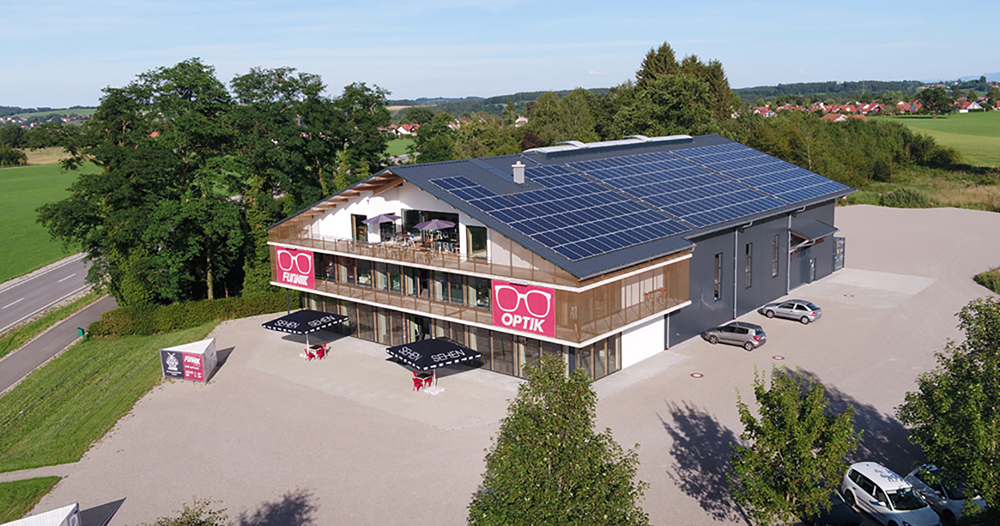 When Dieter Funk and Sashee Schuster built the FUNKheadquarter in Kinsau, they generally put highest priority on sustainable materials, built-in by local carpenters, metal workers, window manufacturers, electricians and so on. Moreover, there are also sustainable solutions for the spectacle frames themselves.

It begins with the most important raw material for the FUNK collections, acetate, being a material that mostly consists of cotton. However, Dieter Funk drives this even further: the acetate rests that turn up in his workshop are collected and processed to new recycling-sheets. Out of those, new spectacles frames can be made. 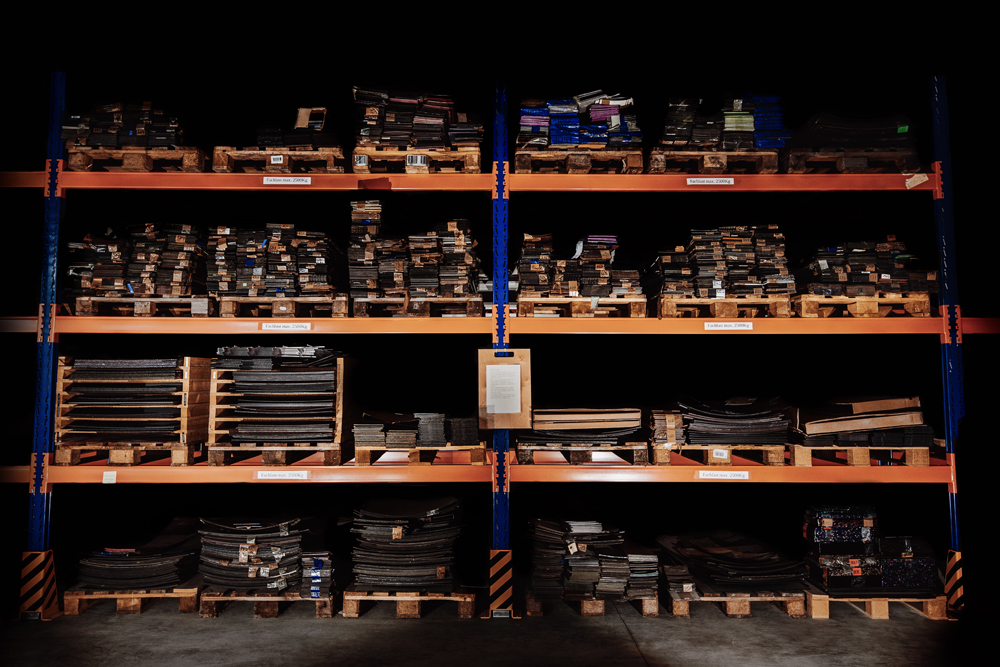 Additionally, his wife Sashee Schuster uses natural materials such as spices and flowers to achieve the extraordinary design of her collection. By the way, layers of acetate that are currently out of fashion due to their colour or design are not thrown away – no, they are added to Dieter Funk’s extensive collection of acetate (that currently comprises approx. 8,000 kg) and will be used again at a later point of time. This means, that every now and then there are limited editions of spectacles made of vintage acetate.

And just in case that there actually is something broken on a pair of glasses, this can be mended in FUNK’s own workshop. The frame will be refurbished and afterwards it is as good as new. This way, the frame-makers throw a spanner in the works of the throwaway society.

For more information visit their website to find their various social media pages.

Bold Optical Fair // Counting on you! 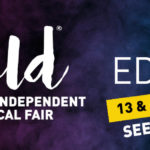 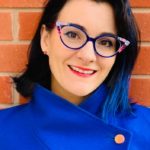 Style Your Way to Success