For the 2020 summer season the Berlin eyewear brand ic! berlin adds six new frames to each of the two existing frame collections Classic and Urban. The eye-catching features, such as two-tone frames and daring color accents in pink, yellow, blue and bright orange, which give the high-contrast models an exciting dynamic.

The Urban Collection by ic! berlin addresses athletic city dwellers: women and men who cycle to work, skate to the supermarket or use their scooters on the way to their favorite café. The glasses combine sporty functionality with a design that meets the demands of urban aesthetics and an active lifestyle. Named after city districts and architectural infrastructure, three new RX prescription frames, Central, District and
Westside, and three Sun models, Bloc, Runway and Skyway, are extending the Urban range.

The eyewear frames combine colorful rubber elements with a stainless-steel core. Their characteristically curved frame shapes, as well as a high-tech double injection technique for the colored rubber material on the bridge, make the Runway frame play with an accent of the two-tone upper bridge. The Bloc’s frame front panel, on the other hand, has different colors inside and outside. Pricing begins at $529.

The six new 2020 summer models of the Classic Collection, four prescription, and two sunglasses add to the collection with classic to sporty frames that feature trapezoidal silhouettes at different angles. The lacquered frames of the three RX men’s glasses Andrew P., Basti S., and Stuart L. as well as those of the women’s correction model Mila Z., again, play with two-tone contrasts: subtle nuances on the outside of the visor and temples, with a daring pop of color on the inside.

The trapezoid model Reese is one of two new Sun models. Its externally tapering front is available in two two-color versions. Dai Ying L., a classic aviator eyewear, gets a striking accent to the classic line with its colorful painted double nose bridge.

All frames in the Classic Collection bear the names of authentic Berliners or of places that inspired them. This includes four Sun classics from the Autumn-Winter 2019 Collection, which are now being relaunched with etched pattern surfaces. The women’s models Grunewald and Mauerpark play with the split pattern of terrazzo technology. The men’s models Hasenheide and Herzberge are covered with a technical-graphic diamond pattern. Pricing starts at $499.

ic! berlin – Specs Made in Berlin

The eyewear manufacturer ic! berlin was founded in Berlin in 1996. It manufactures innovative eyewear made in Berlin by hand. ic! berlin models are extremely light, flexible and are characterized in particular by a screwless joint solution that is unique worldwide. Each collection line stands for its own unique form of language and represents a part of the company’s own design identity. By now, eyewear from ic! berlin is sold in over 60 countries around the world. The company has its headquarters in Berlin and currently employs more than 180 people. 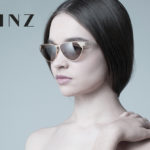 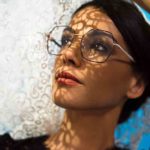