With the resumption of international trade shows, Blake Kuwahara showcased his Spring 2022 Collection at the LOFT in New York City and MIDO in Milan as well as virtually on the Council of Fashion Designers of America’s on-line platform, CFDA Runway360.

His design ethos of creating eyewear that is at once artful yet wearable is evident in his signature frame-within-a-frame laminated technique and use of contrasting colours as well as his cast bone motif used in his Grey Label Collection.

Also dropping this Spring will be a limited edition of the now-iconic CHAMBERS in a custom Rainbow acetate in honour of PRIDE.

Kuwahara, the founder of the multi-disciplinary design agency, Focus Group West, first gained international acclaim as the creator and designer of the exclusive KATA Eyewear brand. His groundbreaking use of engineering and production techniques together with his highly curated eye reinvented the way eyewear design is approached today.

Kuwahara’s bold experimentation and innovation have gained him a following in the fashion media and has been profiled in Vogue, ELLE, Bazaar, GQ, In Style, and Esquire and has been seen on E!, Access Hollywood, MTV, and CNN. Buzz magazine voted Kuwahara one of the “100 Coolest People in Los Angeles” and Detour magazine called him, “a gifted talent, blessed with a savvy and unmistakable sense of style.” Kuwahara was recently named by Brilliant Magazine as one of the “100 Most Important People in the Eyewear Industry”. Kuwahara has also collaborated extensively on eyewear collections for John Varvatos, Carolina Herrera, Isaac Mizrahi, Behnaz Sarapfour, Hanae Mori, and Coach.

He has garnered a multitude of awards for his designs including “Best of Category in Consumer Products” from I.D. magazine, the 2016 “Silmo d’Or” for the “Kahn” (Blake Kuwahara Eyewear), and the “Silmo d’Or – Prix Special Journalists de Mode” from a panel of French fashion journalists (KATA Eyewear). Kuwahara was most recently nominated for the 2020 Silmo d’Or for BK1006 from his Grey Label Collection.

Read more about this brand on TEF Magazine or visit their website. 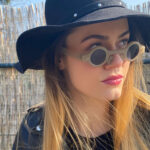 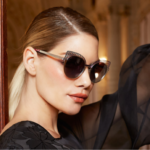 Rimmel Eyewear // Meet The New One To The Block