With its new baseline “reflect yourself”, Freakshow evolves. Inspired by cinema since its founding, the brand chooses today to open itself to every form of arts. With the same philosophy; universality. The idea is that everyone has a grain of madness inside of him; the same that animates the greatest artists.

The new declines this principle visually with a character in the center. Its shadow (the subconscious?) has taken its independence to better express its creativity; his real personality?

With its reinterpretation of the pilot shape, the Scorcese plays the alliance between the navy blue and the bronze. With a drop at the tenons, its shape is unique.

The Keaton plays with color combinations and choose refinement with full-metal lug and the temples. The cutting tip of the lug reuses the iconic shape of the Freakshow rivet. 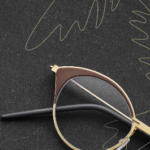 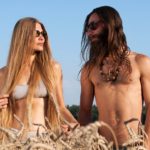 Ochis – Frames made from Coffee