We are in Stockholm today, where Erik is wearing EoE Glasses, a brand inspired by the breathtaking nature and dramatically shifting seasons of the Swedish North. With this model “Bräntis Ice”, Erik and Emilia (E&E) wanted to honour the outside wilderness, especially the Swedish winter season, by making a high-end apres-ski collection. These futuristic glasses can be worn just as easily in the slopes as during the apres-ski party.

The idea of EoE Glasses were right from the start that they would be a trendy and the obvious accessory in every wardrobe, not only for those who have vision problems. The frames can be worn with window glass, and you can have multiple vary with the outfit. They can of course also be used with vision glass and that is why the brand is sold in both selected Opticians and in the hottest fashion stores. Stylish sunglasses are also available! The frames are named after towns and places in the North, while the sunglasses are named after beaches and resorts. A collection of organic arcs have their name after the plants we have in the North and the colors units such as barch, lingonberry, lynx and ice. It is clear that a bow called Kiruna, Sweden’s largest municipality must be in an extra generous model and a bow called Jukkasjärvi must be in color ice! 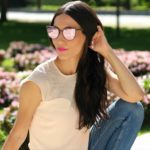 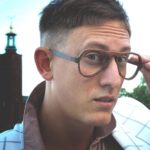