Known as one of the key innovators in jazz, the legend is also a true style icon. His heirs have now teamed up with Vinylize Eyewear to recreate the musician’s style. With 61 studio albums, Davis received 32 Grammy nominations and 8 Grammy Awards in four decades. He was inducted into the Rock & Roll Hall of Fame in 2006. His work continues to be an inspiration worldwide, not only in music but also in fashion. 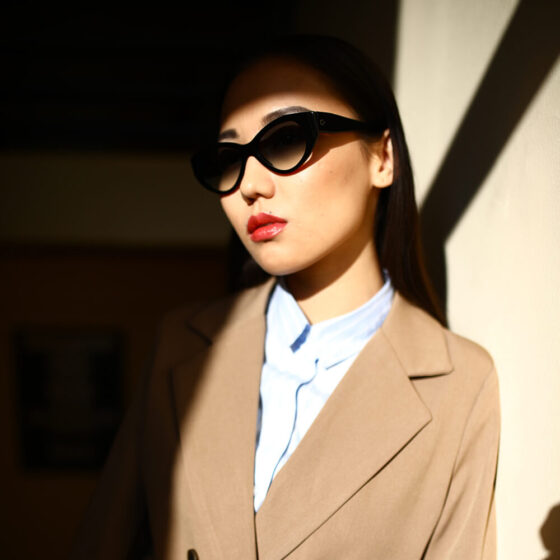 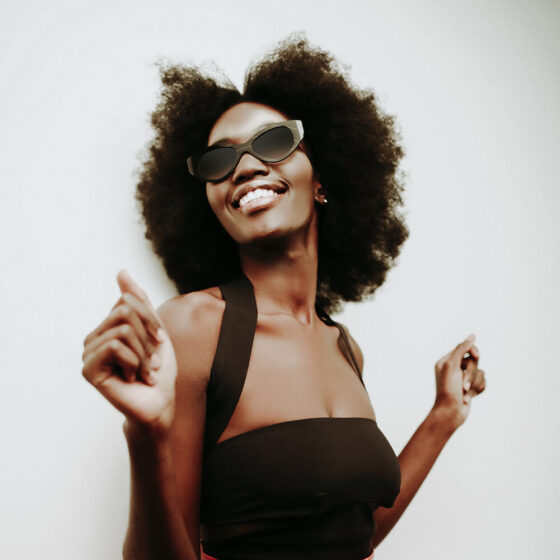 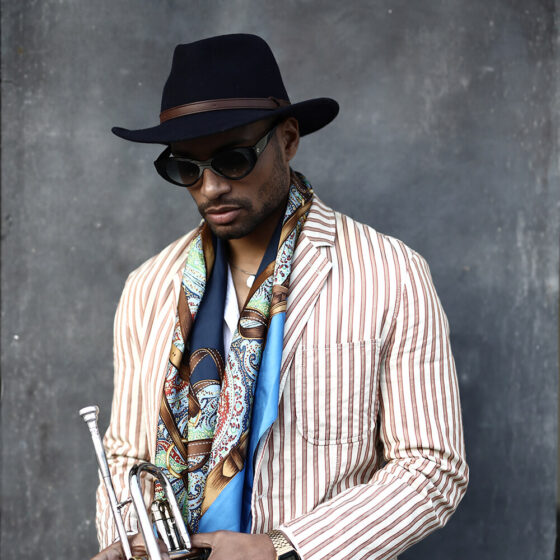 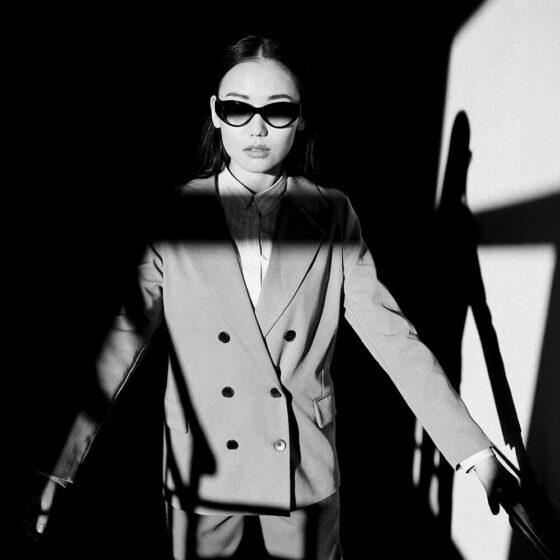 Vinylize shows who Miles Davis was with the Newport frame

Vinylize is the first and only eyewear brand to rethink the model worn by Miles Davis in 1958. In collaboration with his heirs, a frame was created which continues Davis’s tradition of stylistic expression. It goes far beyond his musicality: it is a prime example of the intricate balance of style and content, and his heirs have chosen Vinylize’s expertise to create sunglasses worthy of the musician’s inimitable aesthetics. 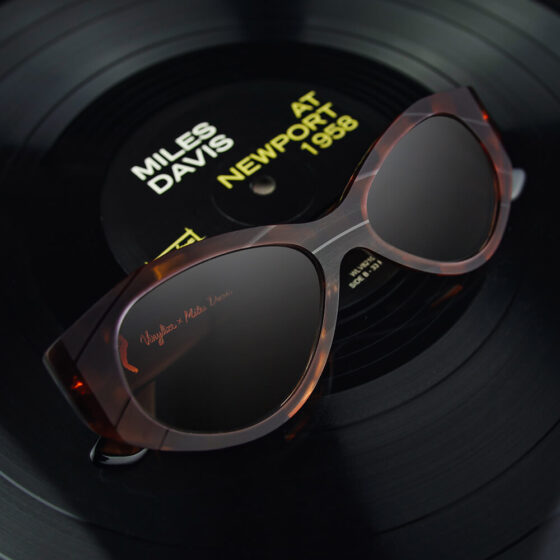 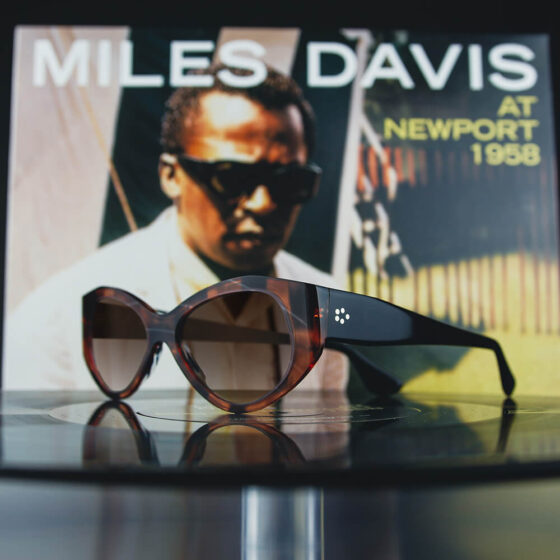 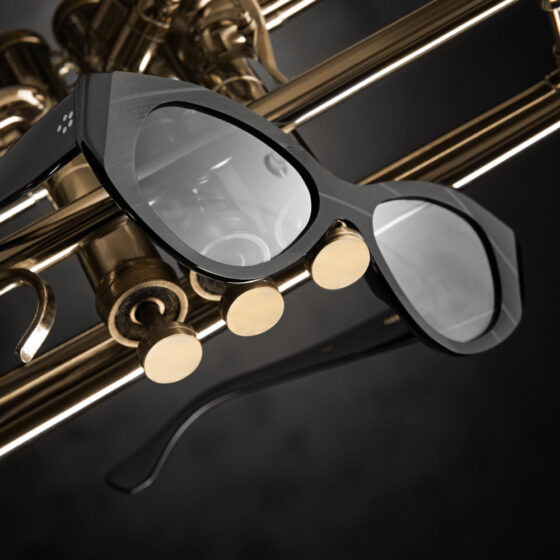 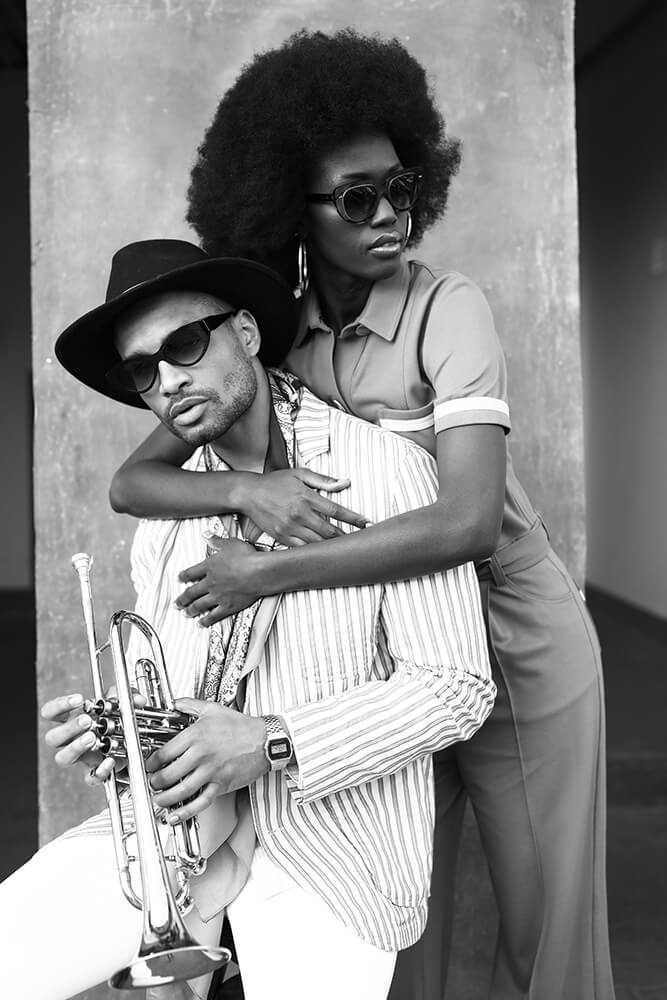 Where did Davis’s attraction to fashion come from?

Davis’s love of fashion began in his youth, coming from his parents who raised him in Alton, Illinois in an upper-middle-class environment. The musician attributes his early interest in fashion to his mother, writing in his memoirs:

Composer and saxophonist Wayne Shorter, who played with Davis for years also remarked about the musician:

Herbie Hancock, another legendary figure in jazz said of his former colleague and bandmate:

Recreated from one of the first frames he became famous for wearing, the limited edition Newport is an homage to Miles Davis’ album cover for the 1958 Newport Jazz Festival. The series is limited to 500 pieces, with each frame receiving a serial number. All packaging uses Davis’ artwork featured on his 1985 Rubberband release.

Handmade in Europe since 2004. Vinylize recycles more than 3 tons of vinyl yearly. The history of Vinylize goes back to the early 2000s, when Zack Tipton performed his first experiments with different plastics. After finding his father’s long-forgotten collection of records in the garage, the brand was born. The first frames were made of old vinyl records from the communist era, bargain-hunted at the flea markets of Budapest.

Vinylize is handmade in the heart of Europe from recycled vinyl. Awarded by Red Dot, A-Design, and Optic For Good, our eyewear designs combine contemporary style with a distinctive, eye-catching approach. We upcycle discarded manmade materials to create handmade eyewear that’s built to last years.

Since then, Vinylize has entered into collaboration with Motown, Maui Jim, Miles Davis and has designed eyewear for a number of prominent members of the music industry, including AC/DC, Sir Richard Branson, Sir Elton John, Robbie Williams, Mick Fleetwood, Elvis Costello, Shawn Mendes, and Ed Sheeran. The products of the company are marketed all over the globe in over 500 stores.

Komono // Come As You Are 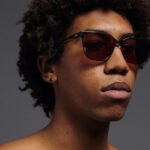 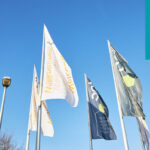