You’re sure to attract attention with this hand-crafted piece by Savile Row. Did you knew they made over 140 W-bridge versions of this frame (the Warwick) for Daniel Radcliffe as Harry Potter. This exact model has also been worn by Ozzy Osborne, but personally, I think Giulia is wearing them the best! This particular version features rolled gold frame with brown leather on both rims and temples, giving it an even more vintage look. 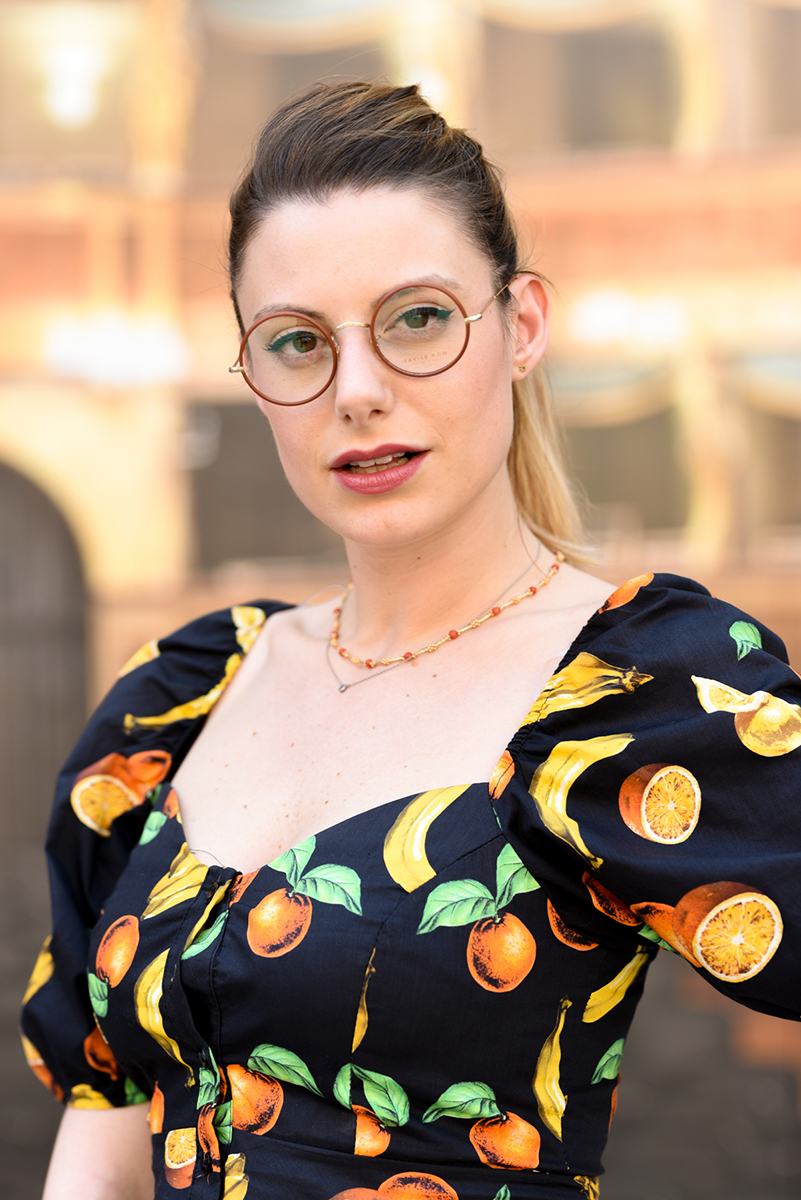 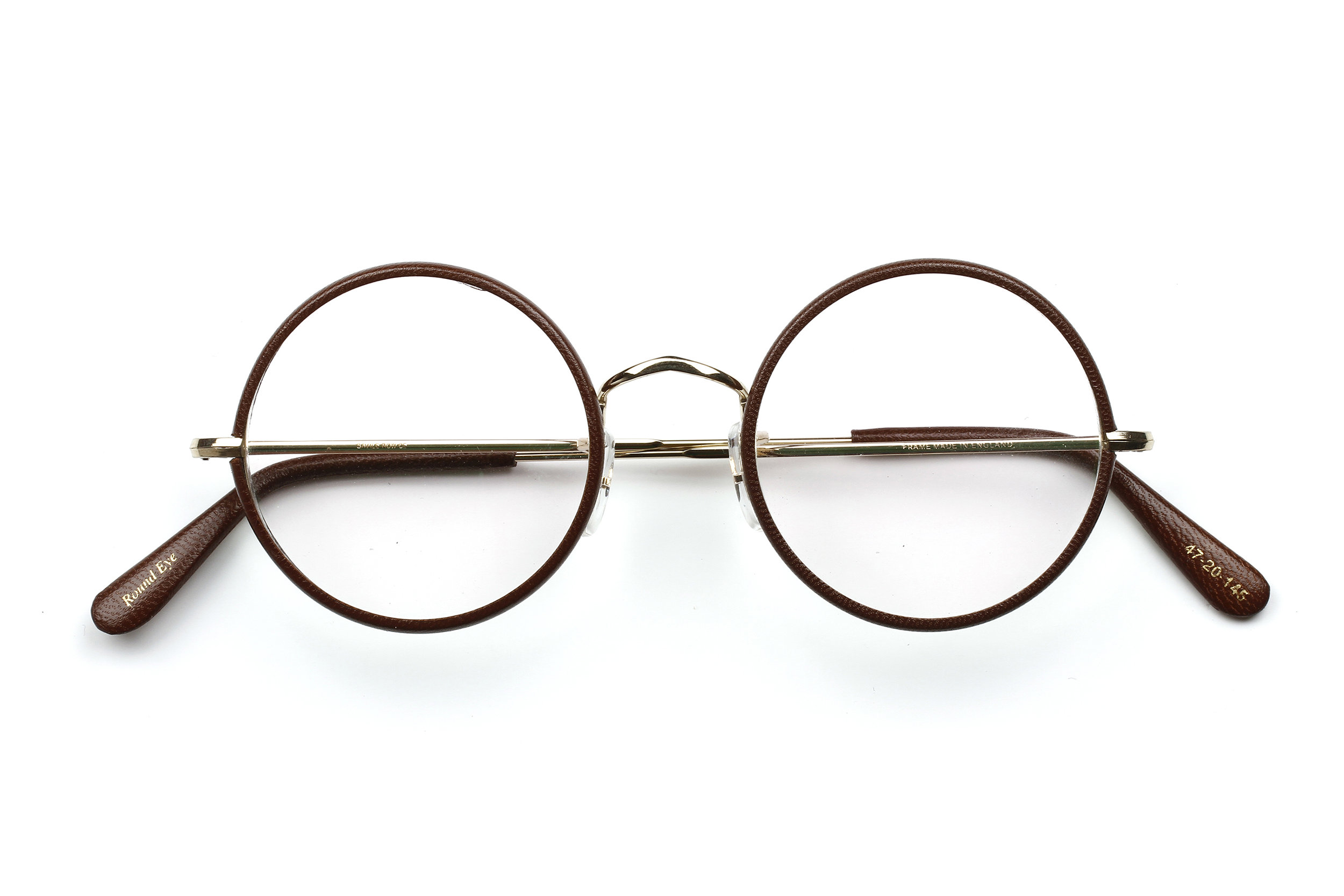 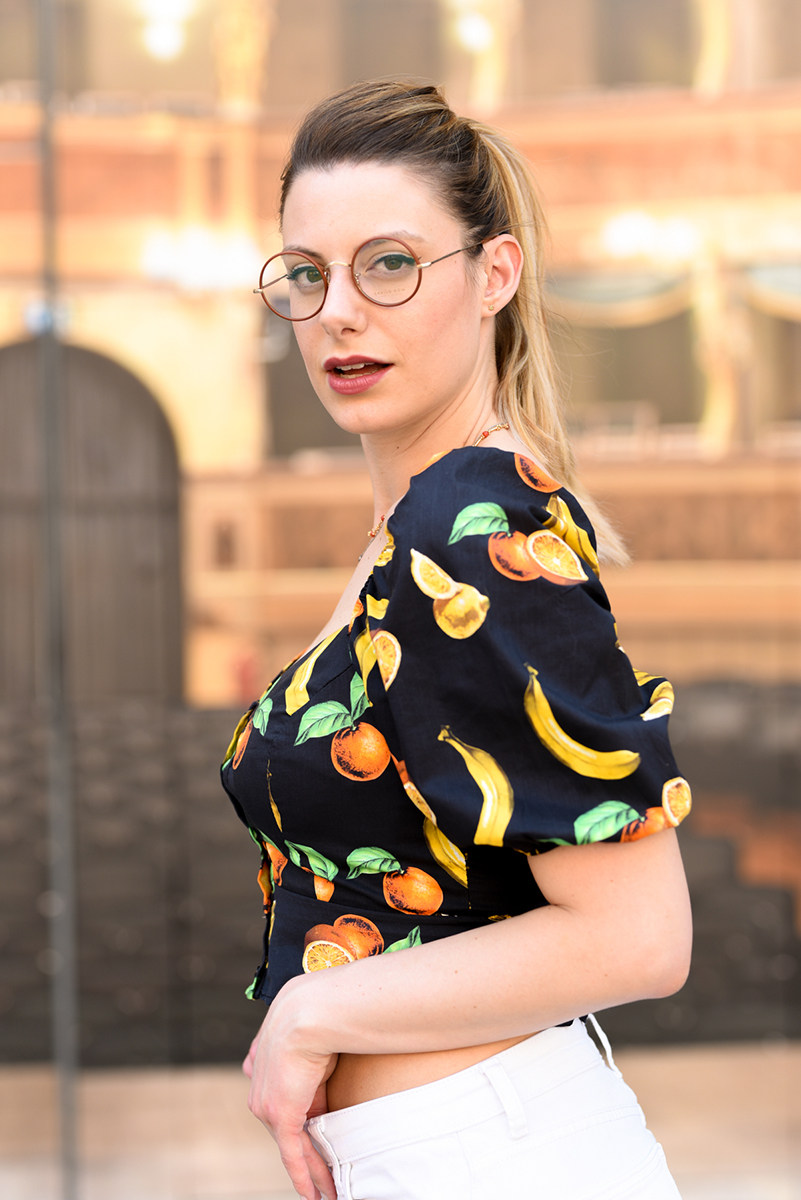 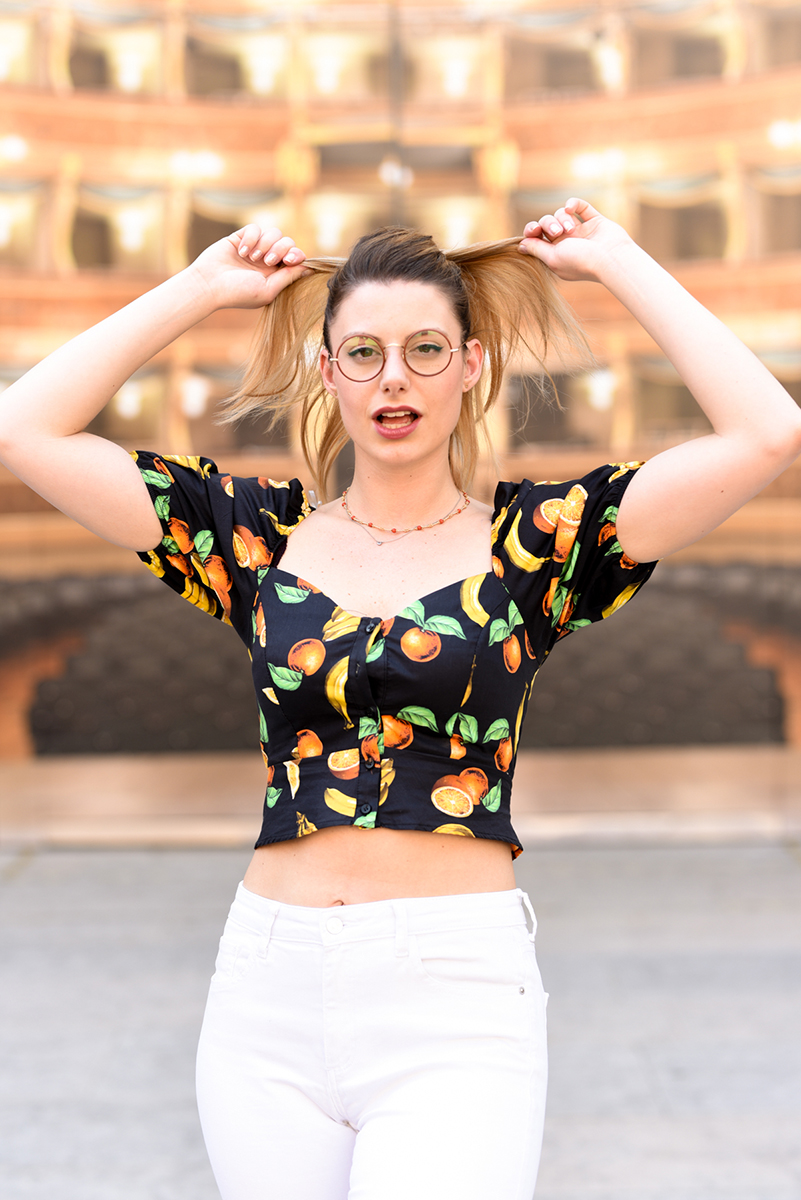 Our friends at Savile Row have been making eyewear for the stars for almost a hundred years at London’s Algha Works factory, where they still use the original machines brought over by founder Max Weisman in the early 30s. As the last hand-made rolled gold eyewear manufacturer in the world, they protect their remarkable heritage and take pride in their meticulous craftsmanship.

Max Wiseman & Co was founded in 1898. In 1932, Mr. Wiseman acquired a German old-school frame factory and relocated it to London’s East End. The Algha factory, relocated from Rathenau along with its craftsmen and machines, stands to this day. The machines that were brought over are still in operation. 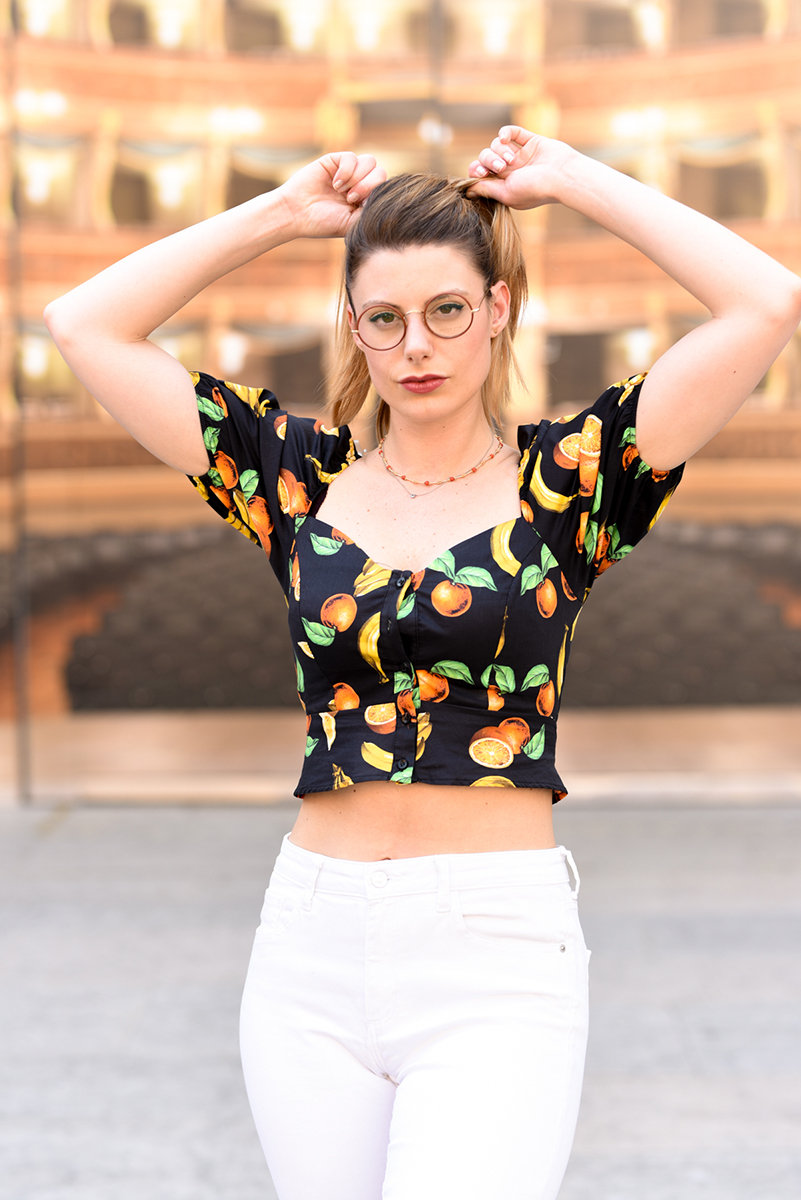 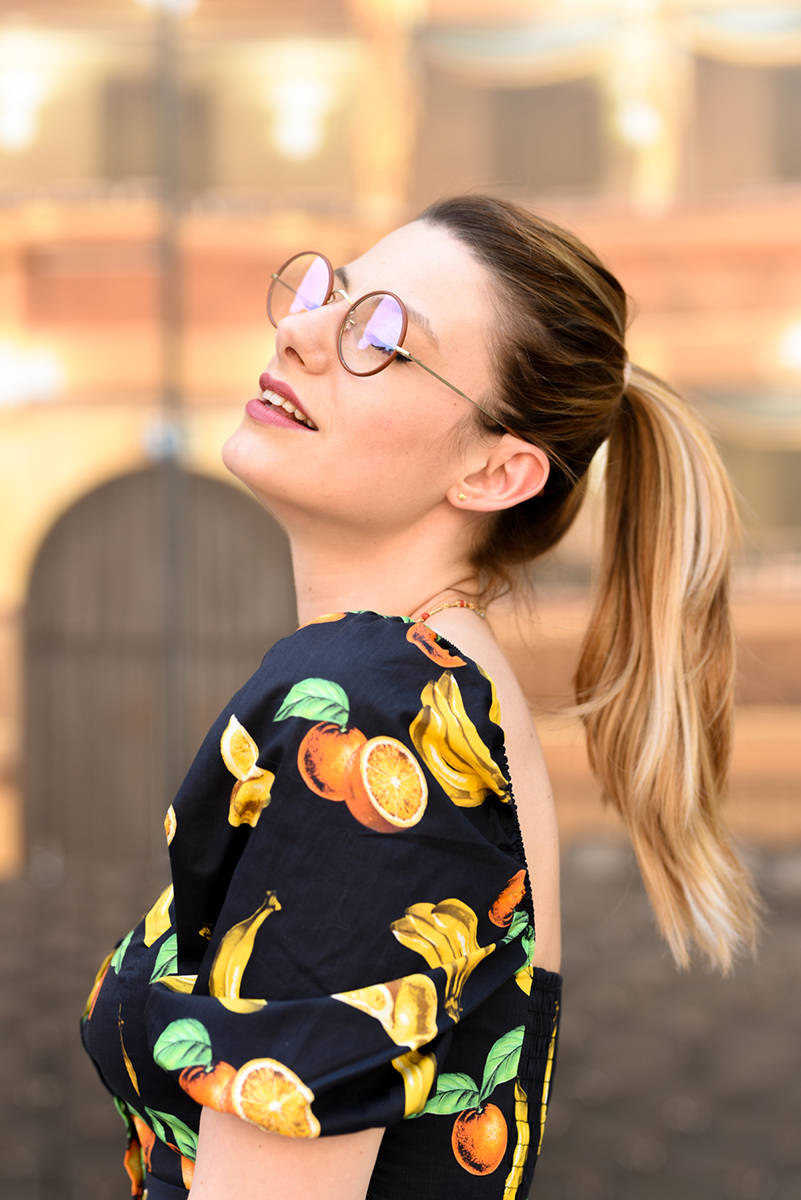 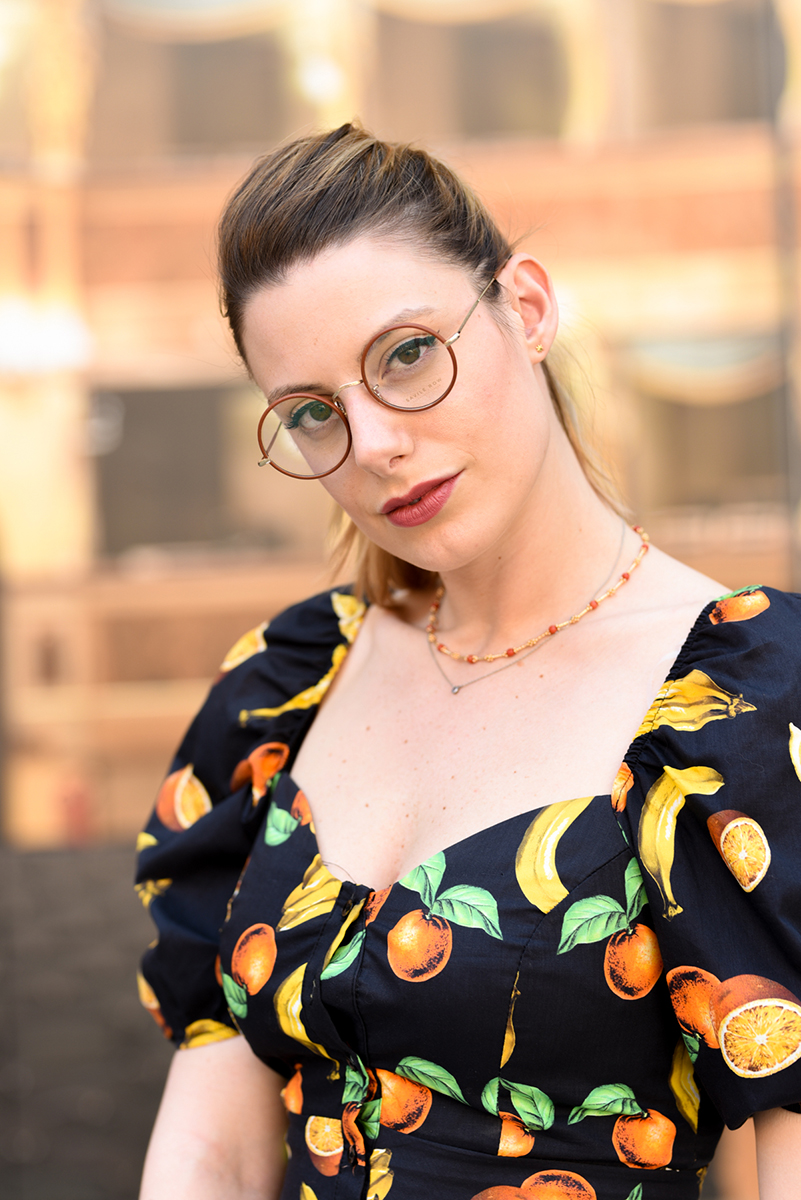 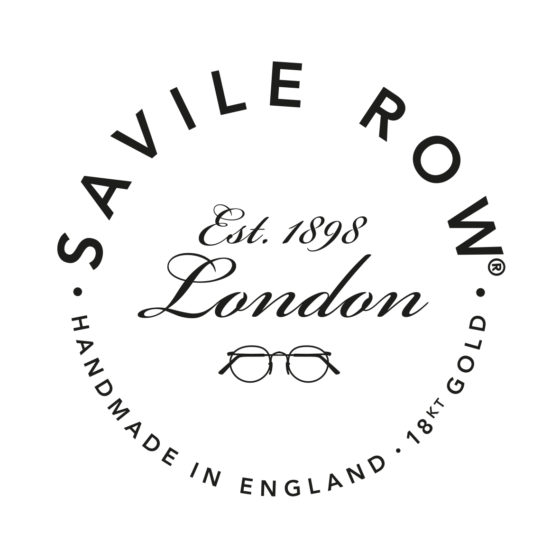 Participated in the war effort

During the Second World War, the Algha Works factory dedicated itself to producing eyewear for gas masks and Aviator frames for the British Armed Forces. After the conclusion of World War II, the government awarded Algha with a contract to supply all British citizens with eyewear through the NHS.

What followed was Algha’s period of prosperity. With all British citizens as a client base, Algha grew to serve 1.5 million customers a year, with 300 employees in its building. John Lennon and Queen Elizabeth II both wore Algha frames, and John Lennon’s iconic Round Eyes were Algha-made.

In 1988, Margaret Thatcher ended the NHS’ free glasses program. Overnight, Algha lost its customer base, and reinvented itself. Thus, Algha’s house brand Savile Row Eyewear was born. Under this guise, Algha made frames for many celebrities, including Denzel Washington, Johnny Depp, Harrison Ford, Sean Connery, Ben Kingsley as Gandhi, and Daniel Radcliffe as Harry Potter. To this day, we make vintage-style custom-made frames by hand and using the same machines that were brought over from Rathenau all those years ago. 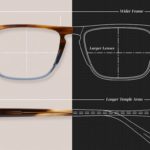 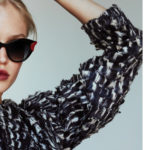 Bocca – Sculptures formed from a gleam of light