Recently EYECOM published a special „summer edition“: No usual optical articles, instead a special eyewear- and sunglass shooting with celebrities from the showbusiness. The EYECOM people did not want to show the usual mid-20’s photo models with glasses in front of blue sky but portraits of well known people wearing glasses.

The shooting took place in „Faltydorf“ close to Munich, the home of Harold Faltermeyer who invited the EYECOM crew to the little village where he works and lives.
[rl_gallery id=”4871″]

With nearly 14,000 copies in the stores of all independent opticians in Germany, Austria and Switzerland EYECOM is the biggest optical trade magazine in German speaking countries. It was invented and launched by Martin Graf in 2016, who is our steady model for TEFdoesSUISSE. Check out his earlier TEF shootings here! 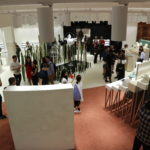 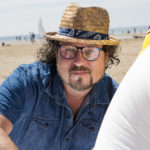