Bewitching, mysterious, fascinating: here is the female protagonist of the new communication campaign signed La Matta, the unmistakable brand of Area98 that has always stood out for its ability to interpret extravagance “with style”.

A modern and sensual woman who gives voice to her femininity and, through a real game of metamorphosis, to her “animal instinct”. Now her hair takes on the appearance of a leopard’s or a zebra’s fur or peacock feathers, reflecting the animal inspiration of a pair of glasses designed for those who love to express their personality with determination and elegance.

The protagonists, in the faces of the women represented as well as in the models of the collection, are the colors: bright, intense and decidedly bold, they give a deliberately exuberant look not only to the patterns reproduced on the women’s hair, but also to the eyes and lips of the La Matta woman, and they harmoniously mix in with the appealing nuances – sometimes iridescent – of the acetates. Thanks to exclusive motifs and precious goldsmith-inspired decorations, the frames exhibited in the new campaign brighten the look of the woman who wears them and make her emerge from the black background of the images: a striking chromatic contrast that once again evokes the ever-changing, enigmatic nature of the La Matta personality.

A sophisticated range of colors, unexpected combinations, sinuous shapes: everything in the new shots, La Matta wisely captures the essence of feminine seduction and the eclectic soul to which the brand aims to appeal. 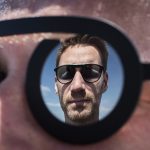 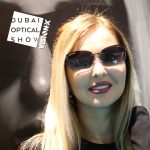