Jonathan Hennessy Sceats is an Australian Eyewear Designer who follows in his father’s footsteps in the Australian Optometry and Eyewear Industry. Jono has had a stellar career, becoming one of Australia’s most successful eyewear designers, with his work featured in film and on television, and worn by celebrities and world fashion leaders alike.

Jono grew up watching his father perform eye tests and expertly fashion bespoke optical frames for his clients. He developed a great love of the craft and inherited the same devotion to quality and workmanship. After a brief foray into finance and stock broking, he enrolled in art school after discovering Yellow House, a radical art milieu started by Sydney artist Martin Sharp, and home to some of Australia’s most influential artists of the time.

Later, after inheriting an inspiring box of I950’s cats eye frames from his father, Jono began designing frames under his own label. When other brands were playing it safe back in the I980’s, Jono was a creative innovator; shaking up the industry by always doing the opposite of what people expected. The first frames and sunglasses were ahead of their time and optometrists thought them too unusual and colourful until an article in Vogue magazine kick-started demand.

With a passion for change, superior craftsmanship, and a distinctive culture rooted in 1980’s Sydney, Jonathan Sceats became the number one eyewear brand in Australia, selling over one million frames. Jono’s history of bold experimentation with design was recognised when he was appointed inaugural Chairman of the Design Council at Sydney’s Museum of Contemporary Art. He also represented Australia in the design section of the World Fair in Barcelona and the Powerhouse Museum in Sydney holds a permanent collection of his early work. 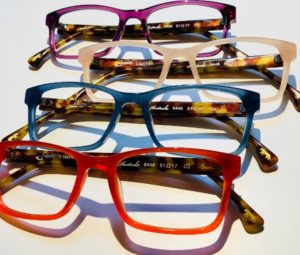 Jono’s eccentric flair for life is the embodiment of his work but underneath the mayhem is a product that he takes very seriously. Whether it is supporting the collaboration between independent designers and independent optometrists around the world, hand filing his own samples or creating unique and individual pieces, Jono always puts the needs of optometrists and their clients first.

The induction of Jonathan Hennessy Sceats into the Design Institute of Australia Hall of Fame is a celebration of his achievements and recognition of his significant contributions to Australian and international design.

You can also hear a podcast of his speech here. 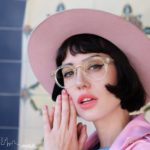 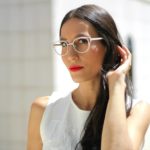