At the end of the 1960’s what was to become the Jackie O’ was still known as Traction Productions‘s model ‘759’. It was one of the many large acetate frames in fashion at the time. But in 1968 the future Madame Onassis, Jackie Kennedy herself was photographed wearing this very frame. It was as a tribute of her world famous elegance and her natural beauty that it was decided to rename the frame the Jackie O’.

Traction Productions’ brand name comes from Traction avenue, a street of Los Angeles famous for its art district. The brand is itself inspired by Californian modernity and its spirit of freedom, in order to create unique eyewear models. Despite very noticeable lines, the brand shows no logos, preferring style and nothing but the style. The Traction Productions brand is constantly mixing tradition and technology to propose a wide range of both Optical and sun high-end eyewear “made in France”. Collections are created for a variety of inspirations such as arts, architecture, travels or, of course, Haute Couture. Traction Productions’ frames are a perfect fit for people willing to show a style made of elegance and uniqueness. 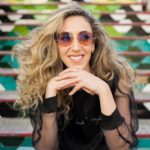 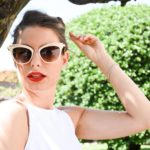