SILMO Istanbul, the leading optical trade fair in the MENA zone since 2014, truly builds a bridge between Europe and Asia. The latest edition was held from 18 to 21 November 2021.

Despite the restrictive pandemic situation, the event remains a first-rate meeting place: the figures returned to their 2019 levels (after cancellation in 2020) with more than a hundred exhibitors, 10,100 m² / 108,715ft2 of booths, and 10,450 visitors (-8% compared to 2019) including 15% international attendees. The Istanbul-based trade fair capitalises on the attractiveness of the SILMO brand, of which the international renown requires no introduction. You’ll get an idea of the effervescence of the latest edition of SILMO Paris 2021 in the following video:

According to the Exhibitor/Visitor survey, 90% of the interviewees recognised the importance of SILMO, and “the organisers’ many efforts – the great flexibility and determination of the whole team – made it possible for the event to open very favourable perspectives for the future.” This report card is reinforced by a great deal of positive anticipation for the 2022 edition; people “can’t even wait to do it again”.

SILMO is also appreciated for its ecosystem of services and information. That includes SILMO ACADEMY, which promotes scientific vision research by supporting the work of researchers from all over the world. The scientific panel gathered to award the 6th grant in the amount of 10,000 euros to Dr Neema Ghorbani Mojarrad, who stood out for his study entitled “Refractive error and visual development in the born-in-Bradford children cohort”.

A lecturer at the University of Bradford and a substitute optometrist, Dr Neema Ghorbani Mojarrad finished his PhD at Cardiff University. He specialises in genetic information that may be used to predict whether children will develop myopia. His current research focuses on the genetic causes of refractive error, contact lenses and the front of the eye, in order to understand the causes of myopia and develop interventions to better manage it.

As we look forward to seeing you again in 2022, SILMO FAMILY unveils its calendar of meetings around the world. Join us wherever you may be in the world:
▪ March 5th & 6th: COPENHAGEN SPECS
▪ May 7th & 8th: BARCELONA SPECS, a new event
▪ September 23rd and 26th: SILMO PARIS
▪ November 17th and 20th: SILMO ISTANBUL
▪ and, in 2023, April 12th to 14th: the launch of SILMO SINGAPORE 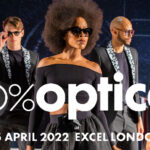 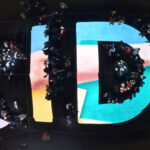 Mido // Two months until the Show!