I once heard the most successful optometrist I have ever worked alongside tell a patient, “No, I will not fit my lenses into that piece of rubbish!” It was a very expensive branded rimless frame the client had purchased elsewhere.

“We will find you something much better on my shelf,” said my boss.

Negotiation over and no argument; well, not much anyway. The patient followed his advice and returned their original frame to the vendor they purchased it from.

On another occasion, this same optometrist told another patient, “No, I’m afraid you may not just have my prescription to take away and have made up elsewhere,” before promptly instructing me to refund the patient’s full examination fee, as he had no intention of parting with the results of his diagnosis. His reasoning was that the dispenser who would eventually be entrusted with this patient’s Rx, would have no idea about his thinking during the refraction and thus, could not interpret little nuances and small adjustments privy only to those involved in the pre– and post–refraction interviews.

Needless to say, being his dispenser at the time, I also learned from him the importance of a good optometrist/dispenser working relationship, and now have a great deal of sympathy with this sentiment.

This patient too conceded and we made him a pair of spectacles he was thrilled about. He was back a month later for a second pair!

This same optometrist also was happy to tell patients, in no uncertain terms, that if discount and bargain basement products were what they were after, XYZ Optical had a store right around the corner.

Not a day went by that I didn’t cringe at the way he made it clear that it was his way or the highway! But in the more than three years that I worked for him, he didn’t lose one sale or one patient. Not one! They all stayed. They all spent money – bucketloads of it in fact – and in 12 months they were back for more “abuse” and tough love optometry service.

This optometrist’s clients included musicians, radio personalities, actors and film stars. The leader of the opposing political party, who famously went toe–to–toe with the Nelson Mandela–led government, was a loyal patient who popped in twice a year. The minister of defence, PGA card–holding golfers, Springbok rugby players, the wealthiest family in South African gold mining history were all patients, as was a well-known, politically connected lawyer who would pop in once a year and have at least 10-15 pairs made up (he was a spectacle junkie). So, these weren’t shy, retiring patients, but he was disdainful and snide with them all, ever insistent, ever arrogant and it drove me nearly insane!

He was, however, also the most clinically competent, technically gifted and financially astute optometrist I have ever met, and I have known my fair share.

He exuded such raw confidence and wielded this magnetism of professionalism so expertly, that one could not help but fall under his spell.

Inheriting a failing group of practices and massive debt from his dying father, he turned it all around within four years to become the most successful, single–optometrist practice in Southern Africa.

HOW? Confidence! Pure and simple. At no point did he ever allow a single patient to doubt his expertise (or mine, for that matter), his diagnosis, his advice or, at the end of it all, that they may have paid too much for what they walked away with on their nose or corneas.

He feared no one. He truly believed he had no peers, and in our patient care, we left no stone unturned.

We left the dispensing nitty-gritty until after 5pm every day, when we would lock the doors, put on the Beatles and carefully consider and confer until we had made absolutely certain we had done as much as possible to make the best pair of spectacles on the planet for every patient.

We scoured the optical markets and labs across the globe to ensure every patient’s care was as bespoke as we could make it. We studied incessantly. We worked tirelessly, and in those three plus years we had not a single return, complaint, progressive non–tolerance or spectacle frame that failed for any reason! I have never known that kind of success rate before, or since.

This optometrist loved what he did. He was masterful. He led from the front and he never ever compromised on quality to mollify anyone.

We all go about our daily tasks with that nagging fear, ‘the customer must be appeased in all areas and at all costs’, often at the expense of what we know to be right. We compromise here and cut corners there. We let ourselves be dictated to, day in and day out and, when things go wrong, we play the blame game.

Modern progressive lenses, materials and coatings from every lab are currently so advanced that, when the right products are dispensed correctly to the appropriate patient, the resulting success is inevitable.

As dispensing practitioners, we have more technology at our disposal than ever before and yet, we see a much higher failure rate due to bad product application, lack of experience and education and, often, a simple lack of confidence in our own ability.

After slogging through our degrees, diplomas and certifications, surely, we owe it to ourselves to have the confidence to be the ones to dictate to our patients when we know better?

Assertive professionalism will not drive your clients out the door and into your competitor’s arms. It will, however, illustrate that you will not make concessions and compromises in their vision care, and more and more consumers are coming around to appreciating this.

No other profession on the planet will accede to a patient’s demands at the expense of what they know to be correct and in their patients’ best health interests. Yet many of us do this daily. Then, when you fail due to compromise, you often lose that client anyway!

Written by Francois Cronje for eyeonoptics 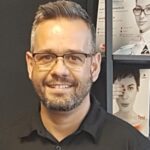 Francois Cronje is a 25-year-plus dispensing veteran in both South Africa and New Zealand and a passionate advocate for dispensing opticians, who now works as Shamir New Zealand’s manager.

For more from Francois and other columnists from the other side of the world, check out eyeonoptics

Author: Lesley SpringallEditor of NZ Optics and www.eyeonoptics.com.au, for all the latest news, education and clinical information from this part of the world and the best of overseas too. 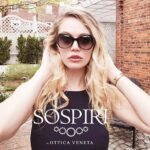 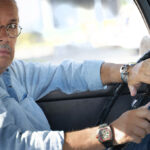