I walked into my last optical appointment prepared to hear the same thing I’d heard the previous decade’s worth of visits, “Your vision is stable. Things look good”. But instead I was floored by the statement, “Oh, you need multifocals now. It’s just a small add, but I’ll put you in some progressive lenses. They’ll take a bit of adjustment, but you’ll be fine.”

To be honest, all I heard was the word ‘multifocals’ and my immediate thought was, “but those are for older people – I’m still young!”

While being in the early forties age bracket doesn’t make me young, this news was still a shock, particularly as I’d never received any patient education about presbyopia. The fact that it then took me almost a month to adjust to my new progressives didn’t make the going any easier.

Perhaps, I was naïve to have failed to consider the eventual need for multifocals, but some blame also lies at the feet of my optometrist for a serious lack of patient education. So, I sought out a few experts to find out what should be said and done to help patients adjust from single vision to multifocal lenses, when trade returns to normal that is, in our post-Covid-19 world.

While presbyopia affects most people from their early forties, Francois Cronje, a former dispensing optician (DO) and the current manager of Shamir New Zealand, strongly makes the case for starting the patient education process when people hit their early twenties.

“I know this probably sounds way too soon for most but informing patients of eventual age-related presbyopia plants the seed that will help overcome any resistance to the inevitable. With the concentrated visual demands of the digital age, there is a marked increase in asthenopia (eye strain) in younger patients resulting in ocular fatigue, blurred vision, headaches and, occasionally, double vision. This is a perfect opportunity to move these patients into an anti-fatigue lens or even something more task-specific, such as an occupational lens. This helps to make the transition to progressive lenses much easier later on.”

DO Emmaleen Wilson, De Rigo’s New Zealand account manager, says she feels, “every interaction with an adult patient” is a great opportunity to provide vision-related insights, and it’s important to recognise an emerging presbyope early, and offer advice.

“I would advise them that in time, they may become aware of the symptoms of eye strain when reading and difficulties in focusing close up, whilst also reassuring them that it’s normal and that there are solutions available.”

When to trial multifocals

For emerging presbyopes, Andrew Kotsos, an optometrist and professional development officer at Optometry Australia, agrees with both Wilson and Cronje, advocating an early introduction to multifocal lenses.

“Younger patients that still retain large enough accommodation reserves are more likely to be able to better adapt to, and cope with, multifocal lenses, along with some of the challenges that come with using them, compared to older patients who may suffer from decreased mobility and cognitive ability.”

Cronje concurs, “I have dispensed many patients with progressive lenses whilst in their mid to late-thirties, myself included. I’m confident that there are currently great progressive lens solutions that make the transition very comfortable. I know several practitioners who prime their presbyopic patients a lot earlier on for progressive wear and, inevitably, they have the best success rate, as well as the least resistance from their patients.”

Getting the fit right

To decide on the most appropriate lens and lessen the chances of fit troubles down the track, Cronje recommends paying very close attention during dispensing as there are often subtle clues patients give, which will guide you to the best choice.

When it comes to fit, he has a raft of advice to offer.

“Adjust the patient’s frame to fit correctly before taking any measurements. You’d be amazed how many dispensing opticians don’t do this. Let the patient put the frame on where they are comfortable wearing it, not where you think it should be worn. You will not win this fight!

“Measure twice, cut once. In fact, measure three times! Few things shake a new progressive wearer more than when things go wrong right off the bat. Take your time to get it perfect.”

Cronje suggests avoiding any reliance on digital measuring tools. “You are dealing with a human, not a robot. Electronic measuring devices can never replace a good DO when it comes to estimating and anticipating the influence of a patient’s mannerisms, like posture, head rotation, declination, inclination, head tilt and so on.”

To improve the chances of success, Wilson says it’s wise to use lenses you’re familiar with, so you can be confident when making tweaks and customisations. But it’s just as important to take the time to explain your methods to the patient and help them remain a part of the process, she stresses.

The ideal time to broach the ‘adapting to multifocals’ subject is in the optometrist’s rooms and then reinforce it during dispensing, says Cronje. He also suggests giving patients a multifocal brochure to take home, as another ‘expectation management tool’. 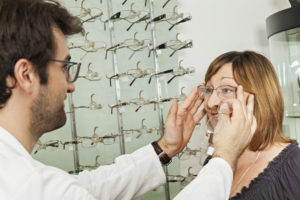 Wilson suggests plenty of reassurance and highlighting the most common hiccups, whilst Kotsos advocates the technological route.

“Discussions and demonstrations of required eye and head positioning or movements for distance, intermediate and near vision tasks can be highly beneficial,” says Kotsos. “While maintaining a positive attitude and re-affirming the reason for prescribing specific multifocal lenses for individual visual requirements goes a long way to achieving a successful outcome too.”

For those who struggle with the transition

The most important first step in dealing with a patient who is struggling with their new multifocal lenses is to acknowledge their difficulty, he continues, as change is far easier for some people than others.

Checking the script was dispensed as intended is the next logical step, adds Cronje, and if all is correct, it is time to ‘be a little firm’ with the onus transferring to the patient. “If patient education and preparation for first-time progressive wearers is done correctly during dispensing, there should seldom be reluctance from the patient to persevere. Don’t blame the product right off the bat, some lenses take a little longer to adapt to but once settled, I have found those same patients reluctant to change as you have given them the correct progressive for their needs.”

If they are still not satisfied with their vision thereafter, it’s time to involve the optometrist and, possibly, the lab to attempt to find a resolution, he says. Most labs are very amenable to helping resolve these tolerance issues, says Cronje.

While time is a factor, says Wilson, sometimes it helps to engage in some professional ‘show and tell’.

“I had a patient who was purely focused on how the progressive lens was different from the single vision pair they had worn for 15 years. They were even adamant they only needed single vision. So, I made up a cheap pair of single vision and asked them to try them for a week. They were back the next day, realising they couldn’t read and that they had been oblivious to the fact the progressives were enabling them to do that!”

When it comes to dealing with patients struggling to adjust to multifocals, Wilson sums it up nicely with a custom-made formula. “Confidence plus reassurance plus product knowledge plus people skills plus patience. All the things DOs are made for, plus puppy dog tales!” 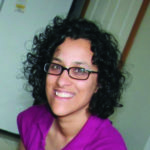 Written by Renee Lunder for eyeonoptics.

Author: Lesley SpringallEditor of NZ Optics and www.eyeonoptics.com.au, for all the latest news, education and clinical information from this part of the world and the best of overseas too.

Opti Munich – Being there where things happen 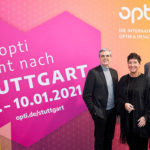 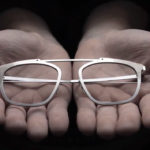