Leading up to O=MEGA19, we were told this was going to be Australia’s biggest eyewear event ever. And they weren’t wrong. There was a real buzz of excitement right from opening that has been missing from the Australian Industry for quite a while. With a record breaking number of exhibitors as well as attendees, feedback amongst both groups was extremely positive.
This is the first time that the Australian Board of Optometry and ODMA have teamed up to create a joint weekend. Optometrists could attend lectures and get their CPD points, as well as attend the trade show which has been difficult in the past. It was great to see so many more Optometrists and store owners in attendance than at past shows.

A standout for me was the new exhibitors; so many faces we haven’t seen before – or at least in a very long time. Amongst these were Fritz Frames, Ryan Adda, AM Eyewear, Aaron’s Eyewear and Eye Candy Optics just to name a few. The larger wholesalers were also outstanding with their beautifully laid out stands including Eyes Right Optical, Matrix, De Rigo, Frames Etc, Mimo, 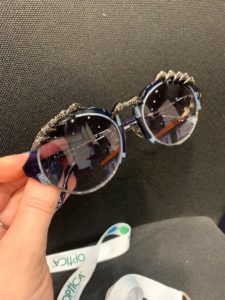 The stand at LBJ Optical was an absolute stunner, and it wasn’t a surprise to anyone when they won the award for best small to medium stand. With an antique green and gold plush lounge setup, their collections were presented in a way that just oozed sophistication and glamour. The taxidermy animals sure were a talking point for most people who attended over the three days.

Exciting new brands were launched, with two highly anticipated sunglass ranges being a focus. VS Eyewear launched their range COVE, which is a women’s fashion sunglass range retailing at AUD$199.00. All models are prescription-ready, but come standard with polarised lenses which, before now has been a massive gap in our market. Also to launch over the weekend was the Avanti Sunglass range. This is an entirely new venture for the Mod Style company and they had very positive feedback.

There were lectures, masterclasses and  window dressing shows throughout the weekend, which meant everyone was kept extremely busy. Most feet are now still recovering! I only had the chance to attend one lecture, which was the Australian Optical Dispenser Forum. It was extremely positive to see a full room, with more seating needing to be added throughout. Overall the mood was a little wary, but ended up positive. The entire industry is pushing for more training options and memberships to the Australian Dispensing Opticians Association from all angles, which is an extremely positive step for all of us Dispensers out here. More on this topic will be available soon.

The Eyewear on display was absolutely stunning. Australia is putting its own stamp on European trends and creating products that appeal to the quirky, unique, the colourful and the bold in more ways than we have ever seen before. Major trends were Pastel colours, Crystal acetates, Mirrored sunglass lenses, Intricate metal work and Hexagonal shapes. Even though the show was smaller than our European and American counter-parts, Omega packed a whole lot of punch into the variety of brands and products featured.

their products. Two of these were  Esteemed American Eyewear Designer Gai Gherardi at Pro-Optics, and  Creative Director of Morel Eyewear Denis Bellone, who held VIP Masterclasses at the Eyes Right Optical stand. Many companies had some beautiful and limited edition collections on show, including a Sunglass Shield from Porsche eyewear and clear / rainbow Perspex collection from Silhouette at Mimo Eyewear, which won the design for Best frame design. Attendees were excited about the new colours and shapes coming through that feel to have been missing from our shores for far too long. End consumers are starting to embrace their unique personalities more than ever before, and Eyewear is seen as fun purchase, rather than a chore for many.

Where to from here?

Feedback from exhibitors was very positive, with some saying they had the most productive Australian show ever – after only

one day! There were a lot of new relationships built, new accounts opened and old friends caught up with over a few champagnes after a long 3 days.

Here’s to hoping that we can keep this energy going and breathe some more life into our Industry. There is a lot of passion still out there, which has been partly hidden by frustration for too long. If O=MEGA19 was anything to go by, we are re-starting our engines and getting ready to fire. Independents are making a stand to be exactly that – Independent with service, frame ranges and their ability to customise their customers’ experience. With all we have on offer in Australian Optics, there is a lot to look forward to in the future.

Author: Emma RobertsEmma Roberts has been in the Australian Optical Industry for over 17 years. She started out as a qualified Optical Mechanic and dispenser (Optician), then went on to Optical Training, Store and Business Management, Marketing, Sales Repping and National Sales Manager roles. Her passion, however has always been on the fashion and style side, focusing on quality products and the Independent practice. She runs her own eyewear blog called "Eyewear Girl" 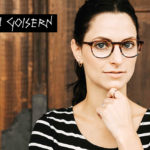 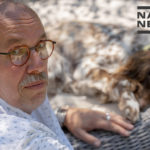