Dr Jen&Juice is wearing Duck Duck Gooze, a beautiful feminine metal frame by NW77th. Our Erker friends at Studio Optyx, developed their metals collection with a block stainless steel with their patented rubberized paint finish also seen in the VW Beetle door handles. This season, they ventured away and used an epoxy infused paint also seen in high end artwork. These striking finishes are gleaming and are leaving smiles on faces all over the earth. 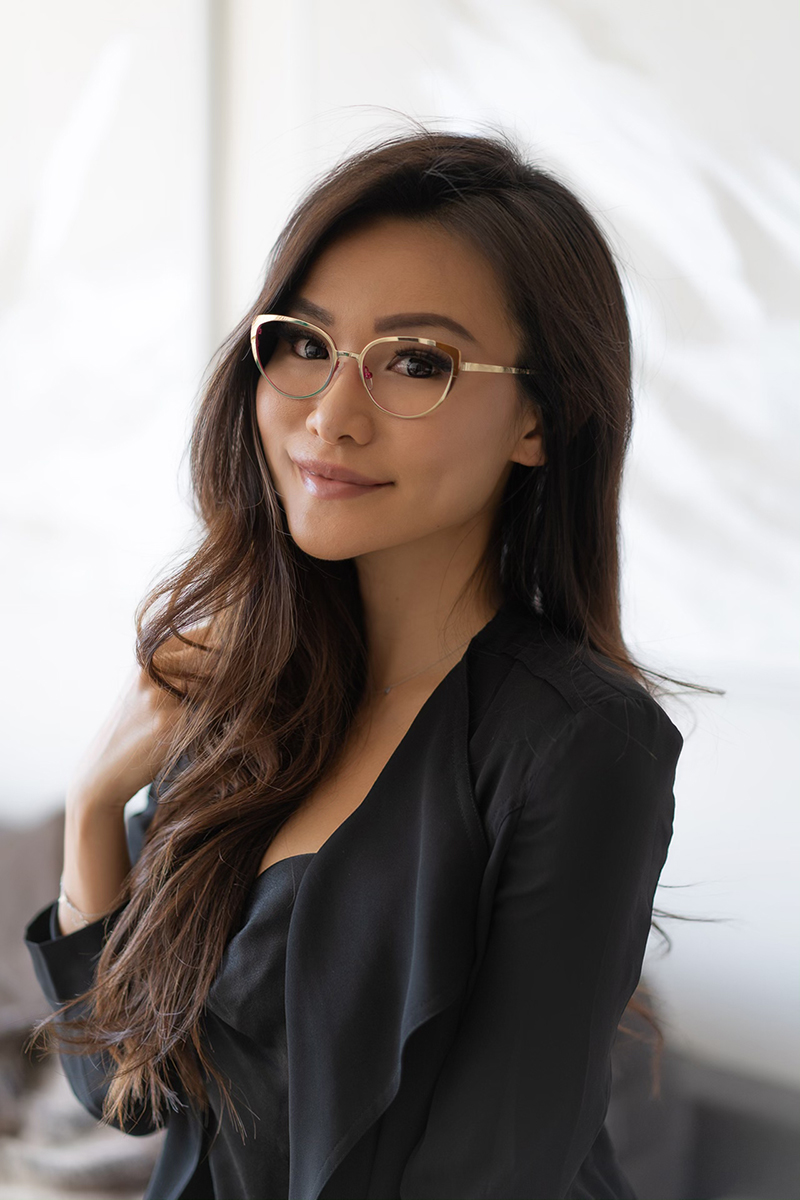 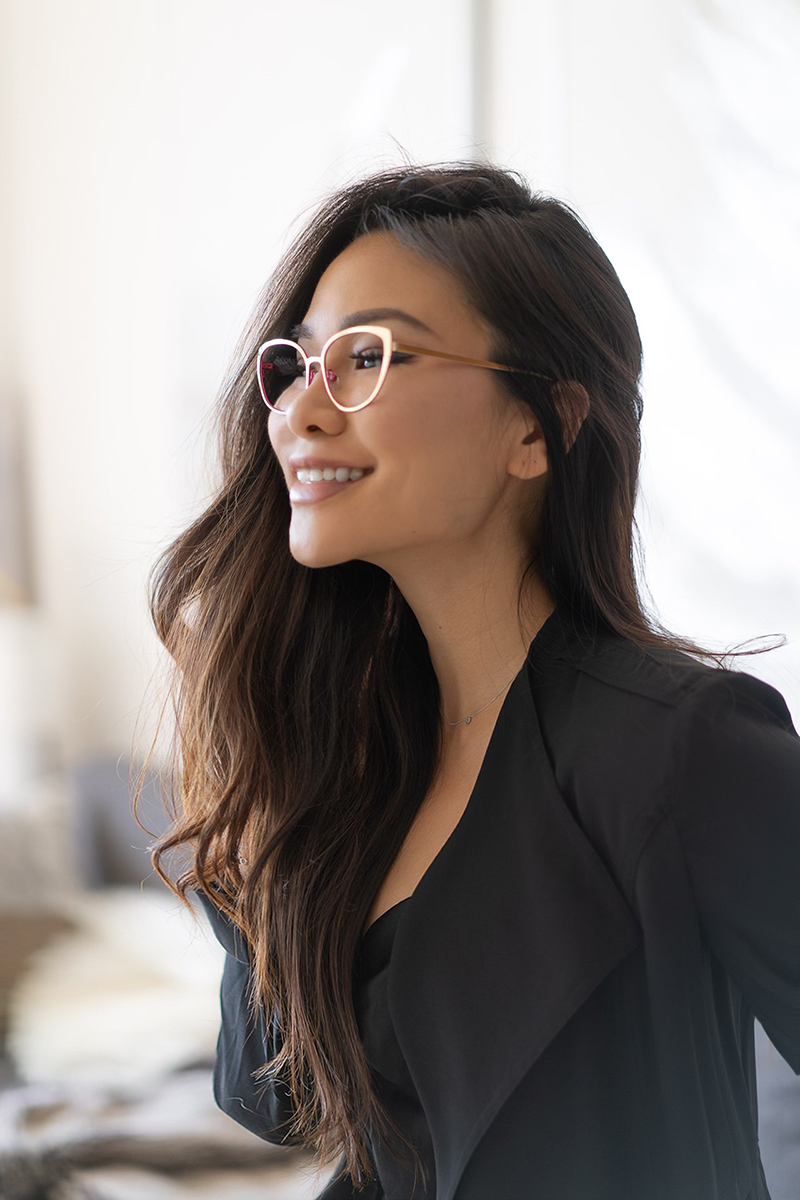 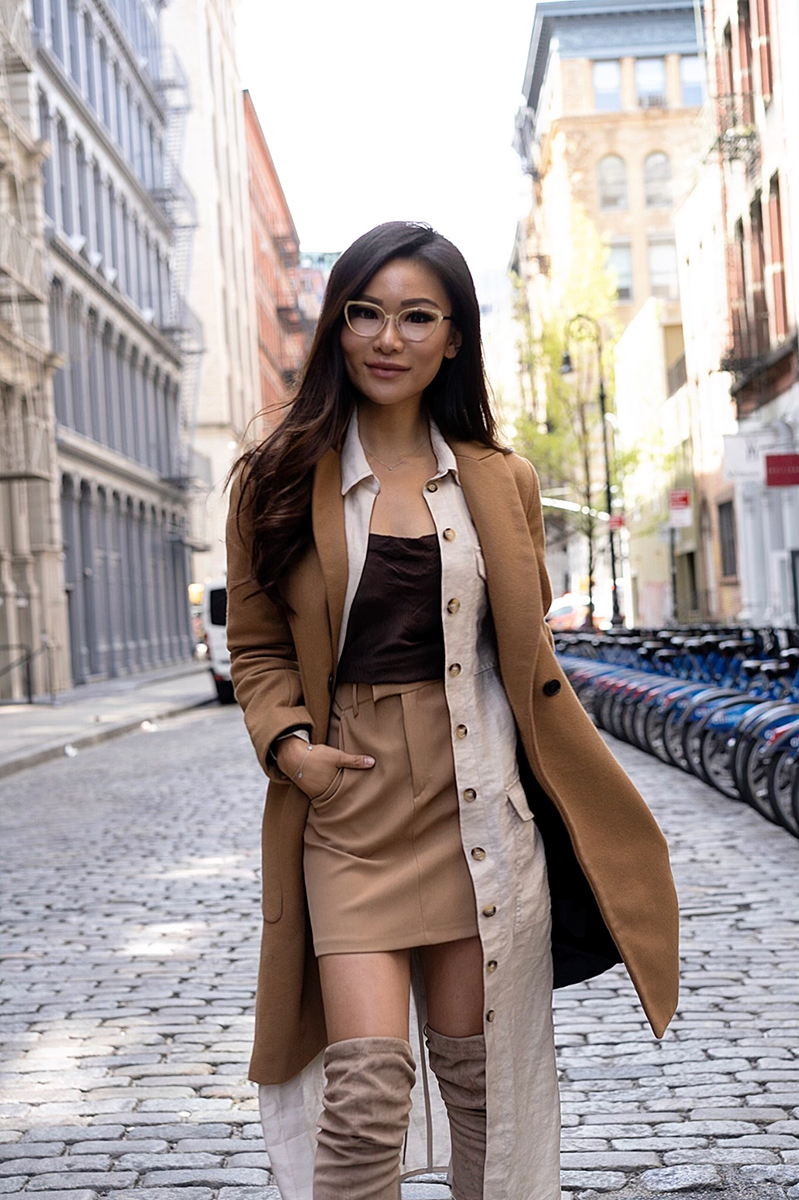 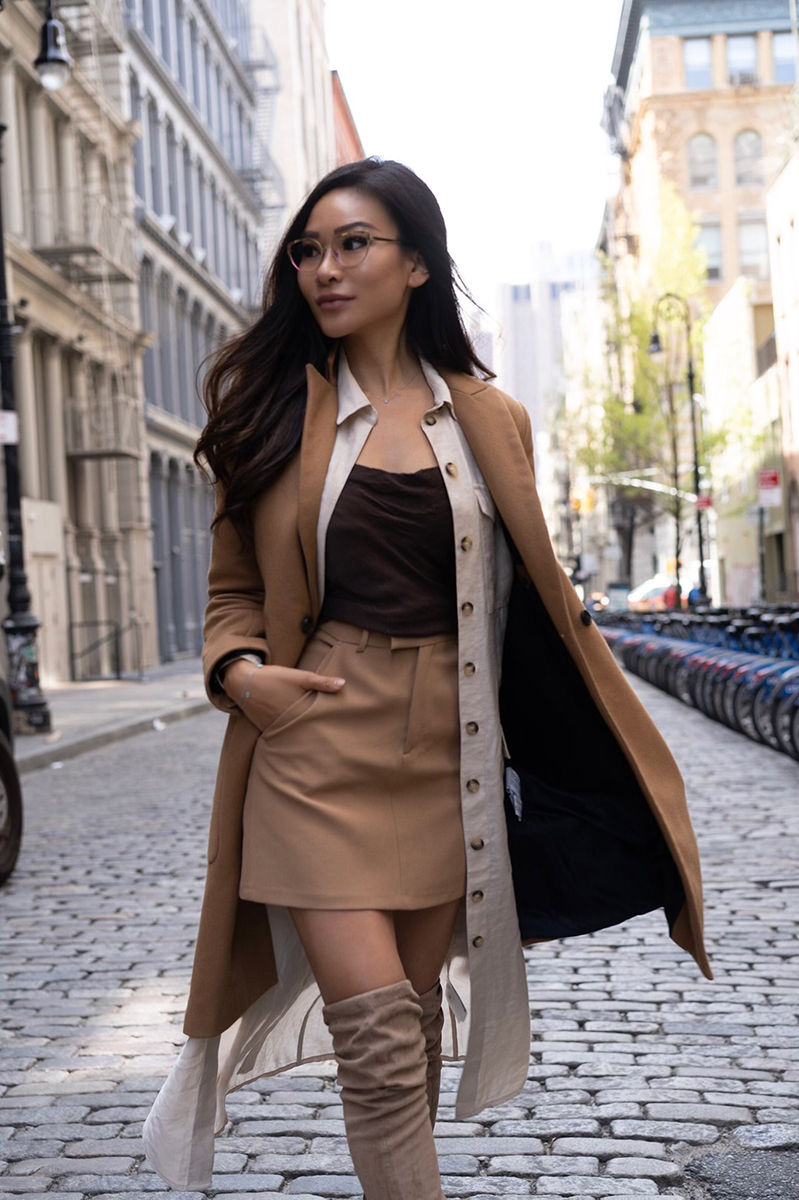 In order to connect in a different level to the customer, they name all of our metal frames after small craft beers made in the USA. As the Duck Duck Gooze beer wakes up dull senses from the initial sip, we are waking up senses with this striking pairing of a vintage shape and bringing it to the modern era. 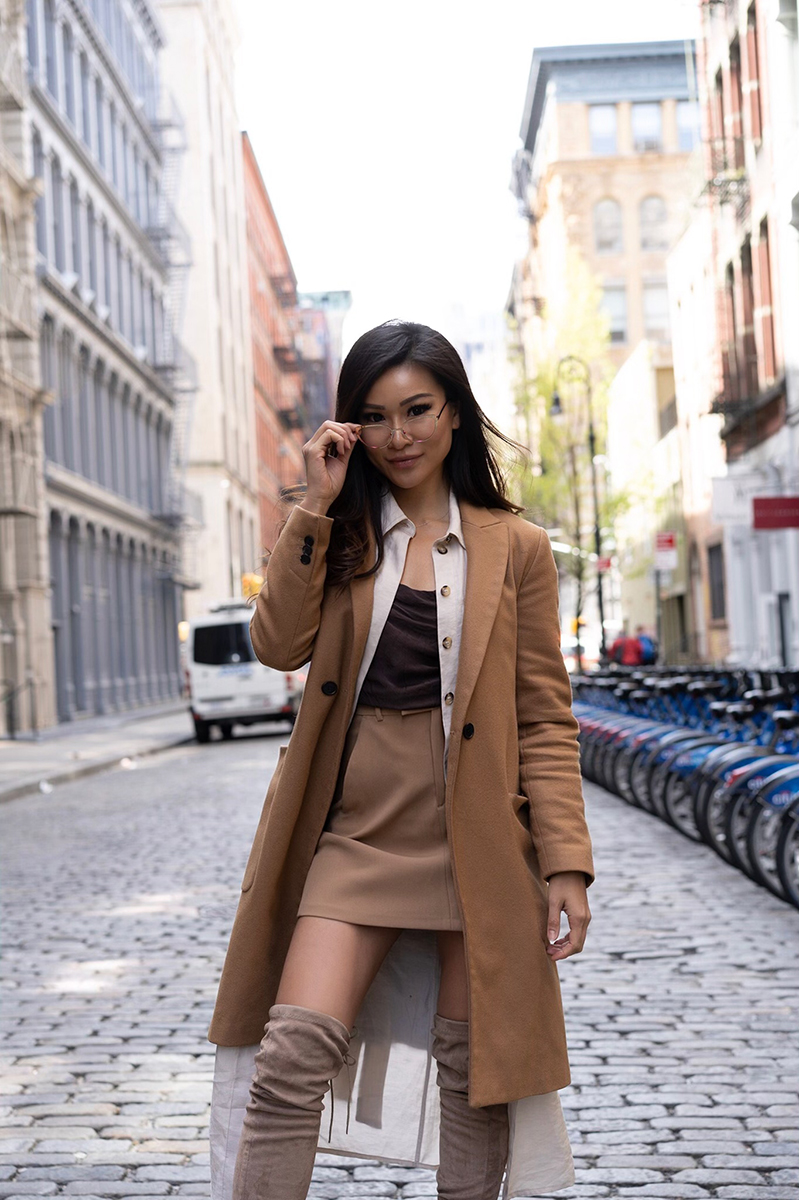 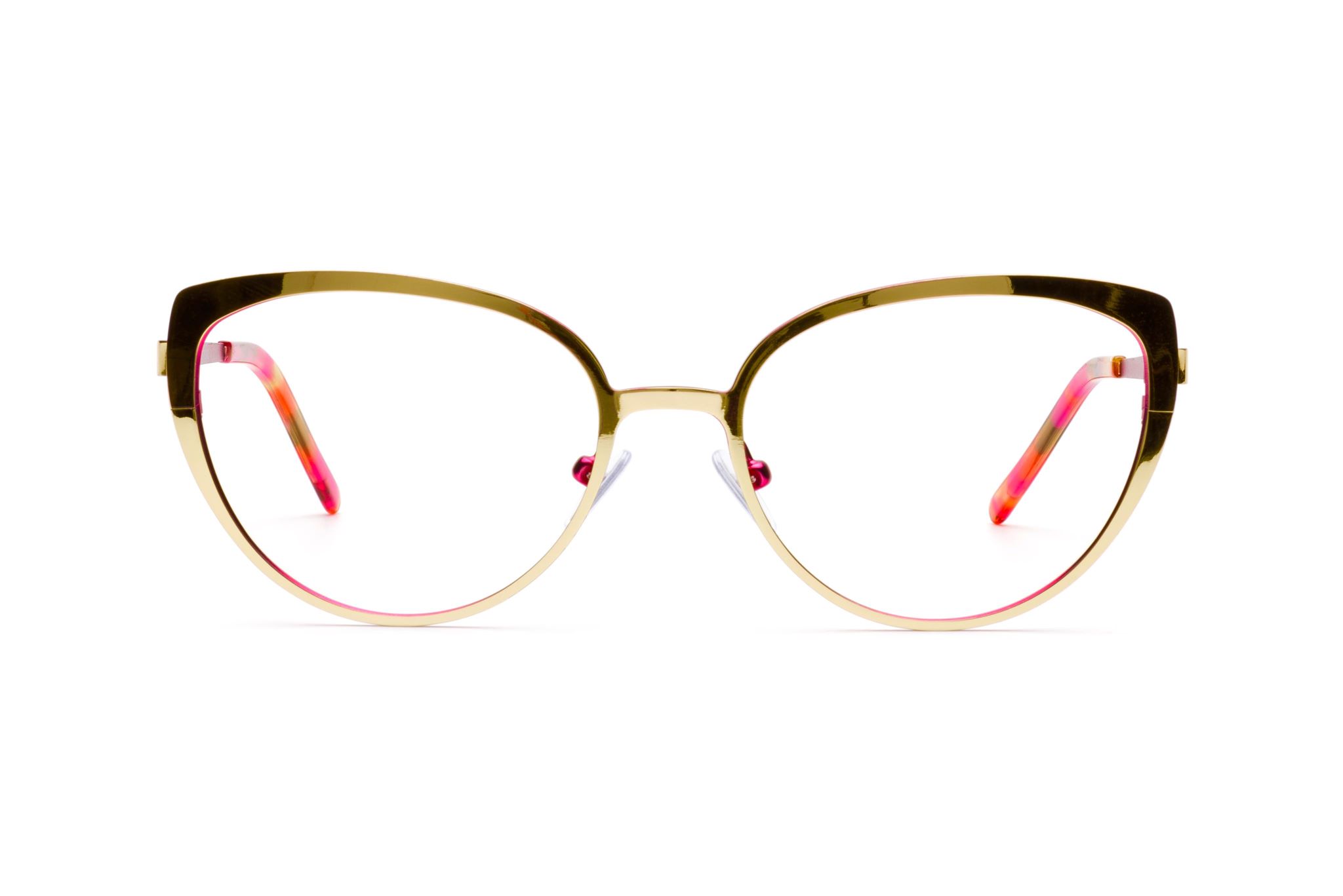 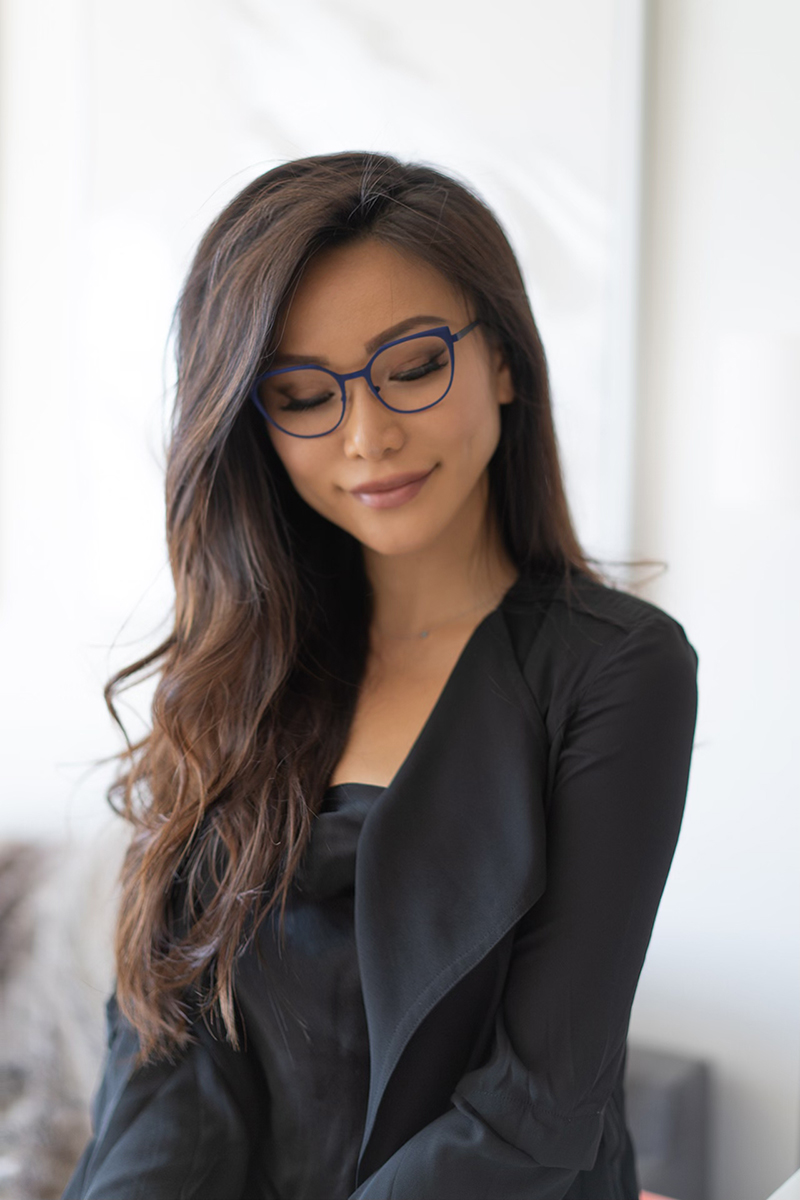 Dating back to 1879, the Erker family has been active in the optical arena. Starting as a lab five generations ago, their family has continued to innovate and kept surprising the market, which won them many awards over the years.

Most recently, they brought NW77th to the forefront. While working in their retail stores, they couldn’t take notice that the younger generations (16-40 year olds), were gravitated to their vast selection of styles, shapes, quality, and service that they had to offer, but would leave without purchasing because of price. With their own reputation on the line, they embarked on a mission to find a luxury brand that could offer everything they needed in order for them to be proud to sell in their local market. They kept coming up empty. Then they went to the drawing board…literally!

Duck Duck Gooze comes in a variaty of colours

Their first collection included 9 models with 3 colors each. Longtime friends and partners in the industry, who also had retail stores, took notice and soon began asking if they could buy NW77th to sell in their own stores. They quickly began selling lots of it and kept begging to come out with more. At this point the Erker family knew this collection had some legs! They quickly expanded the brand to 60 models and sent them out to their salesforce in the US and Canada where they have had great success.

How to raise the self-esteem of children with glasses 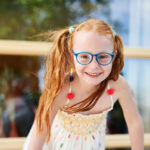 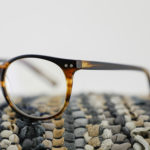