For Art’s Sake (FAS), is a UK brand founded back in 2016. It is still a relatively young brand. I remember meeting one of the founders at 100% Optical 2016, they were there to show off their talent to the optical industry for the very first time.

So, four years later, what have they achieved? Well, the answer is A LOT! For a young brand, they have had some phenomenal success. They now have two stand-alone stores, one in Shanghai and this newly opened store in Covent Garden, London. On top of that, they have numerous stockists worldwide. In fact, Harvey Nichols was one of their first well known, big name stockists because they liked the glasses so much. You know they are off to a good start when Harvey Nichols wants to stock them.

Apart from the well-known department store stocking their frames and having two stand-alone stores, what other successes have they had I hear you ask? Brace yourselves because it is impressive. They have so many celeb followers from big-name celebs over in Asia such as Jolin Cai, to mega A-list stars J-Lo and Queen B, aka Beyonce! It is not just a one-off occurrence either. These celebs have all been spotted wearing FAS, numerous times and different styles too.

Opening the Covent Garden store is a dream come true for the two founders Xiwen and Yannis. It was a goal they hoped to achieve “one day” when they first started out in 2016. So, you see, dreams do come true if you work hard at it. The store actually opened back in February 2019 but it was a soft launch, testing the water. I was invited to visit the store back then to have a look. Now, three months later they are officially launching it and had a little party to celebrate.

FAS is a very creative brand, everything is like a wearable piece of art for your face. You can also expect the same level of creativity from the store’s design. As soon as you walk in, it feels like a very open and welcoming art gallery but of course, it isn’t, it is an optical boutique. The store may not be massive but I think it is more than big enough for an eyewear boutique. Everything is displayed neatly, the layout of the shop is clean cut and easy to navigate. There are mirrors everywhere so you can check yourself out from any angle while trying on the frames. Oh, and my favourite section was the selfie mirror. Take a picture of yourself wearing that Queen B or J-Lo frame then share it on social media as I did. Ha!

All in all, I love the store. I think it is a breath of fresh air for the UK market. More and more boutique style glasses shops are opening but it was refreshing to see how FAS turned it into a creative space that works for eyewear.

I wish them the best of luck for the future and I hope to see more stores opening around the world. If you are in London and want to check them out then head over to Covent Garden.

Author: Siu-Yin ShingEyewear blogger Siu based in the UK and blogs about all things glasses! Her previous experience was in fashion PR/Marketing but now she tries to bridge the gap between glasses and fashion! 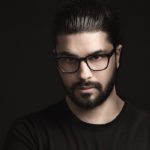 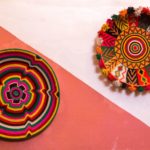