I first heard about Warby Parker before most people, I think. I was friendly with Kate Spade (God rest her soul), who had just opened a store with her husband Andy. They were doing an event for Warby Parker. I attended. It was nice enough. I really didn’t think much about it until a few months later, when suddenly the company was everywhere.

At that point, almost everyone I met asked me what I thought of them. Many must have assumed nobody ever thought of selling prescription eyewear online before. I noted it was already a difficult space in which a notable player, Zenni Optical, was selling product at one tenth the price Warby Parker was charging. As far as I knew, Zenni controlled their own production facilities and labs. A new company without similar infrastructure would be hard pressed to match their efficiency.

Furthermore, although I’d studied the industry profoundly and just published a 400 page history of it, my biggest reservation was a matter of simple common sense. I felt shipping and returns would kill them. Often, when I’d had a prescription filled, the glasses needed a physical adjustment before I could see out of them. This suggested higher return rates than most other products. As a result, I saw prescriptive eyewear remaining a brick and mortar stronghold for the foreseeable future.

Beyond this endemic disadvantage, there were others. Warby Parker’s generous try on/return policy and charitable donation of a pair of eyewear in the developing world for each pair sold, promised to be costly. I wasn’t very sanguine about future profitability. And yet they continued to be the talk of the industry.

Brick and mortar opticians were terrified. Warby Parker was successfully promoting itself by attacking them, from Luxottica on down, as inefficient at best and shady at worst. I heard, from many quarters, that brick and mortar optical was doomed. Warby Parker was becoming become a household name. At some point I was told they’d passed the 1000 frames sold a day milestone. And yet they still weren’t profitable. It seemed expanding scale was having no effect on their bottom line.

Regardless, they had done an unprecedented job of getting their message out. They were becoming widely known as the company that had “changed the optical industry”. The paradigm still hadn’t put them in the black, but the money they’d raised, and the press they’d gotten by hammering away at that message were incredible. I believe they raised over a half billion dollars.

In 2013, they opened their first retail door. I remember it well. It was in SoHo, in New York City. At any given time there was a literal crowd inside. The steady torrent of reportage of their disruptive paradigm had piqued enormous public interest . By that point, the brand was semi-legendary. Needless to say, the store was a resounding success. By the end of 2017, they had opened over 70 stores. Published reports say their stores generate $3000 per square foot: about the same as Tiffany’s, which is astonishing.

I was surprised when I surveyed that first, newly opened shop. Instead of only selling $99 frame/prescription packages, the store represented a distinct move upmarket. It had attractive composite frames selling, I recall, for $145, and even $195. Quality on those was noticeably better. I also noted a pricing scale more in line with traditional brick and mortar. Extra cost items include blue blocker lenses at $50, prescription sun at $80, and progressives at around $300.

Basically, though the under $100 options remained, Warby Parker was charging more, at better margins, for better product than online. Customers being able to visit physical locations probably also meant easier adjustments, fewer returns, and significantly reduced costs. The main difference between Warby Parker’s stores and most others was Warby Parker still used its existing infrastructure to fill prescriptions, so the finished glasses were mailed to the customer after the store visit.

Of course the stores themselves represented higher overhead, but when you can do $3000 per square foot out of the gate, you’ll accept the trade-off.

So, it seems the company rode a highly touted business model to enormous VC funding and public recognition. The model didn’t work. But that funding and recognition enabled a successful pivot into becoming a lucrative brick and mortar optical retailer – of the type their model was supposed to make obsolete.

Perhaps the founders always planned on having a “brick and click” business, but I doubt they expected the brick to be the engine of revenue.

Since this is a venture backed company, some sort of liquidity event is probably planned. An IPO? Their last round of investment put the company’s valuation at $1.75 billion. I’d guess higher profits are needed for the IPO to beat that. You don’t want your IPO to be a down round.

Their profit engine seems brick and mortar based. Sales are almost exclusively through their own doors. Growth through more Warby Parker stores would necessarily be capital intensive. Not desirable for a supposed tech company.

There are other, less capital intensive ways to grow.

Perhaps the greatest asset they’ve built is brand recognizability. If they did a separate line for other brick and mortar optical specialty, they could open thousands of accounts almost overnight. This would represent a torrent of revenue.

But there are obstacles. They’d have to either adjust their pricing structure or otherwise differentiate the products they’d be wholesaling. This would effect margins. It would also represent an apostasy which might be bad for the brand.

A bigger obstacle might be the enmity they generated among the rest of optical retail, from top to bottom. Mending fences might not be possible.

A sale is always a good exit strategy. I don’t see Luxottica as a candidate (imagine the optics of Luxottica “gobbling up” WP), but maybe LVMH or Kering. They have growing distribution infrastructure and sufficient funds. Problem is the resistance of brick and mortar optical specialty to carrying the brand might well linger even after a sale.

All in all, though, I’d gladly trade my problems for theirs. For the first time, I’m sanguine about their future. All they need to do is continue opening retail doors, in which their cost of goods is low and their margins are high. It’s only a matter of time before revenue justifies their valuation, though at $1.75 billion it might take a while.

Furthermore, the brand equity they’ve built can be transferred to other branded products, which can be sold at their rapidly multiplying high traffic stores.

Perhaps at some point the technologies for online operations they’ve invested in will bear fruit. Based solely on the incomplete information I have as an outside observer, if I were them I’d probably just accept the sack of gold fortune has thrown at them and focus primarily on the brick and mortar stores.

Given the reports I’ve read that Warby Parker ultimately plans to open 1000 retail doors, I think they got the memo. Bear in mind, their own stores are probably their only real option as a brick and mortar outlet, but I assume they have enough cash to keep building them. Looks like instead of Warby Parker changing the optical industry, it worked the other way around.

Of course, the investors – some of the best venture funds in the world, plus assorted other heavyweights – could have just started an independent eyewear company from scratch. With similar PR and scalability steroids, it could have achieved a comparable result for a fraction of the cost. It would also have the ability to generate even more revenue by wholesaling to other brick and mortar stores. I guess the problem was they’re tech obsessed and apparently didn’t bother with industry due diligence.

Either way, Warby Parker is and will be a success story. The moral of the story, though, is a paradox. By their own example, they’ve demonstrated that prescription eyewear is and will be a brick and mortar stronghold for the foreseeable future…

I’ll be showing at Vision Expo East in New York for the first time in many years. Booth G127. If you’re there, come by and say hi. I’m really much more designer than writer and my new line is some of my best work. But if you bring a copy of my book, I’ll be glad to sign it.

And hit the link at the upper right of this page and subscribe!

Author: Moss LipowMoss Lipow has been variously referred to in media as "The Genius of Eyewear Design" and "The Most Talked About Eyewear Designer in Decades". His custom work has been worn by celebrities such as Lady Gaga, Elton John, the Olsens, M.I.A. and more. These include some of the costliest and most elaborate pieces of eyewear ever. He curated and collected 3000 vintage and antique pieces spanning five centuries for his acclaimed definitive history of the medium "Eyewear", recently published by Taschen. His eponymous line of eyewear is sold worldwide. 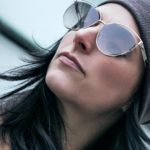