During today’s TEFdoesRio, Chantal is cruising the boulevard of Rio de Janeiro wearing the new versions of the uber hip Soupcans by TAVAT Eyewear. These new Pantos 2.0 versions use a cutout metal structure with acetate rims, making it lighter and more comfortable to wear. In an era where it’s truly difficult to invent anything new in eyewear, TAVAT is launching the first 4 models: SoupCan – Round and Panto finished in metal, and also in a combination version with acetate eye-rims.

While TAVAT’s Designer, Norm was visiting a friend in Arizona, who constructs and races planes, he noticed an old poster on a hangar wall, advertising a group of crop sprayers, back in the ‘30s, who got together on weekends to give airshows, calling themselves “The Flying Burritos”. Seeing their crude goggles, Norm imagined that they were cut out of soup cans and immediately came up with the idea, which after a great deal of study resulted, not only in a completely new way of making frames, but also a surprisingly original collection meeting the current trends of weight and rounded eyes. 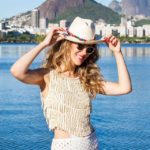 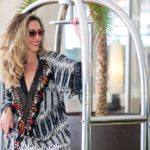